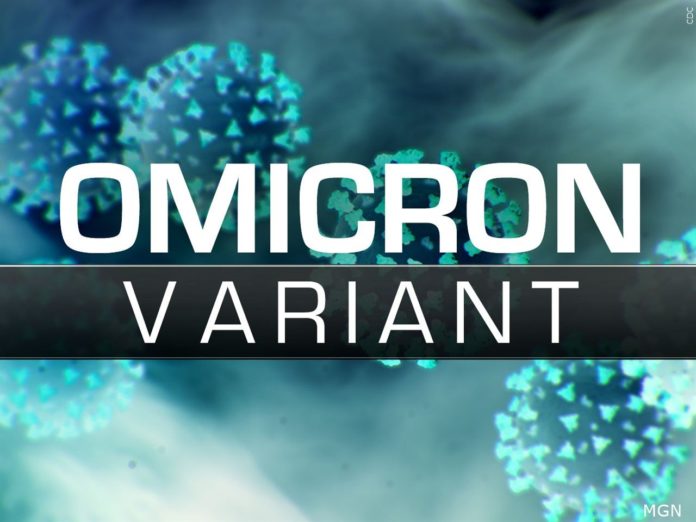 The first laboratory study testing the omicron variant of the coronavirus against the Pfizer-BioNTech vaccine shows the variant has significant, but not total, ability to evade the virus-fighting antibodies that are a key line of defense.

In a preprint paper not yet peer-reviewed, scientists in South Africa reported a large, 41-fold drop in antibodies’ virus-blocking ability – “much more extensive escape” than seen against previous variants using similar experiments. But the scientists stressed the positive element of their research: Omicron did not escape antibodies completely, and people who had been previously infected and fully vaccinated with two shots of the vaccine retained “relatively high” levels of antibodies protective against omicron.

“Previous infection, followed by vaccination or booster is likely to increase the neutralization level and likely confer protection from severe disease in Omicron infection,” the study said.

The study is one of the first clues that will help inform pharmaceutical companies and policymakers trying to decide whether the global vaccination strategy needs to be updated with an omicron-specific shot. The data reinforces the need for people to get booster shots when eligible. But the lab experiment is just one piece of the puzzle, which will also depend on how the virus spreads in the general population and whether it is more likely to cause severe disease, something not easily determined in the first weeks of a new variant’s identification.

“Omicron evades most of the vaccine response,” said Michel C. Nussenzweig, a Rockefeller University investigator who was not part of the South Africa research team but whose experiments predicted a similar drop in antibodies’ neutralizing ability. He stopped short of saying that vaccines will have to be rebooted to match omicron’s highly mutated spike protein.

“We don’t know what will happen with hospitalization or severe disease. If vaccines are keeping people out of the hospital and are making what could be a bad disease into something like a common cold, or something a bit more severe but not life-threatening in any way, then we’re good,” Nussenzweig said.

Multiple scientists said the results are not a reason to panic. This is the latest sign that vaccines are key to fighting off coronavirus infections, and even slippery, evasive omicron is not able to escape the protections afforded by robust immunity.

“Thank goodness we have some concrete data now,” Benjamin Neuman, a virologist at Texas A&M University, said in an email. He said scientists had worried that omicron would be able to elude entirely the first line of defense, the neutralizing antibodies. Not so. The lab research supports the need for boosters, he added.

“It looks like quantity of antibodies will overcome the natural resistance of omicron, and that is a very good thing,” he said. “Boosters not only let the body make more diverse antibodies, they also raise antibody levels. In other words, Omicron may be vaccine-resistant, but it is not booster-proof.”

William Hanage, an epidemiologist at the Harvard T.H. Chan School of Public Health, said of the new laboratory finding, “In terms of keeping a cool head about it, I think it’s not great, but it’s considerably better than it might be.”

Hanage noted that people with previous infections and vaccinations showed protection, which supports the argument from public health officials that people should not rely solely on the immunity conferred by recovery from an infection.

Scientists had previously shown, through experiments, the immune-evading abilities of some of the dozens of mutations that have made omicron a “variant of concern.” Most of the mutations are clustered in three areas along the virus’s spike protein, the primary target of antibodies produced through vaccination. Some of those mutations impair the ability of antibodies to bind with the virus and potentially prevent it from infecting a cell.

Initial data indicate that omicron may be more transmissible even than delta, the variant that became dominant throughout the world this summer. There is no solid evidence omicron is more or less likely to cause severe disease. Most scientists caution it is premature to reach conclusions given that the most severe cases of covid-19, including those that are fatal, typically take many weeks to play out and omicron has only recently been identified.

David R. Martinez, a viral immunologist at the University of North Carolina Gillings School of Global Public Health, said it is important to realize that other parts of the immune system protect people against severe disease.

“If you’re a healthy person, you’re probably going to be largely protected because your immune system is so much more than neutralizing antibodies,” Martinez said. “We’re certainly, by no means of the imagination, back to square one in March of 2020.”

What happens next will depend in large part on the real-world data.

“Extrapolating from . . . lab assays to what happens clinically is uncertain. What remains the most important indicator [of] how serious a threat Omicron poses to fully vaccinated people will come from hospitalization data in the coming weeks,” said John P. Moore, an immunologist at Weill Cornell Medicine.