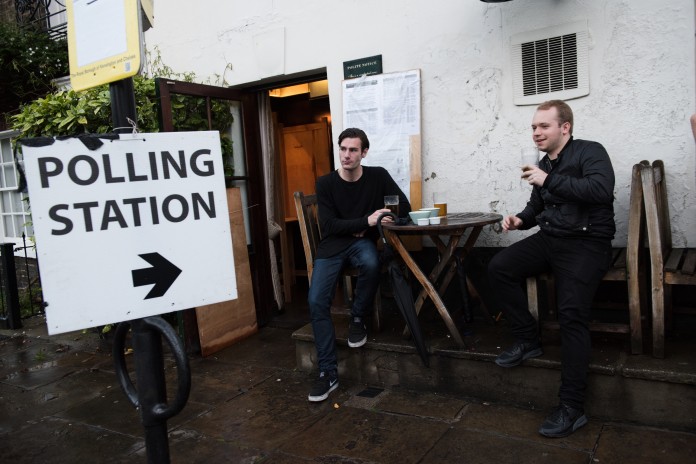 The United Kingdom voted Thursday to leave the European Union, a historic turn of events that underscored the fraying of the European political and economic union. It will take days, months and perhaps years to fully grapple with the consequences, but the earliest reactions from markets seemed to confirm experts’ fears that Brexit would be deeply disruptive. While markets have previously been buffeted by global financial shocks — including Greece’s crisis last year — this time they had been betting that the U.K. would remain within the EU. While it’s certainly possible that markets will calm down over night and into Friday, early signs from across the world were alarming. Here are five examples:

1. The Bloomberg terminal screen perhaps offered the world’s first reaction to the news, and it was flashing red all over with alarming headlines early Friday morning. The screen noted heavy losses across Asia stock markets, while also noting that foreign currencies were strengthening against the pound. Yields on U.S. Treasuries were falling, a sign of a flight to safety among investors.

2. The Standard & Poor’s 500 index, which has held up in the face of worries about Brexit in recent weeks, took a beating Friday morning after it became clear Britain would leave the EU. At half past midnight, futures indicated the S&P was down 5 percent.

3. An alert from CNBC offered a summary of different signs of global concern. Dow Jones Industrial Average futures were down 600 points, while gold had climbed $100 an ounce. Gold is often an asset investors buy in times of panic.

4. As noted, investors often throw money into gold when other assets become more risky. Google search data indicated a massive spike in searches for how to buy gold Thursday night.

5. The British pound fell more than 10 percent in the wake of Brexit, a shocking decline for a rich country’s currency in a single day.