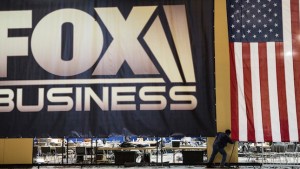 The GOP primary is in a state of flux. Trump and Cruz are in a dogfight in Iowa, where the caucuses will be held on Feb. 1, fewer than three weeks from now. Trump is a long way ahead in New Hampshire, which holds its primary on Feb. 9, but a number of more establishment-friendly candidates are jousting with one another to become the main center-right alternative.

This evening’s clash could be critical. What will be the main points to watch?

How nasty will it get?

This election cycle has already seen more than its fair share of spats, thanks in large part to Trump’s prominence in the GOP field.

But the businessman and Cruz have often played nice with each other. That civility is wearing off, even if the two have not declared all-out war just yet.

Trump has upped the ante significantly by raising the issue of Cruz’s Canadian birth to imply the senator may not be eligible to become president. Cruz initially sought to make light of the controversy, but he and his aides have become more serious in their pushback, while their jabs at Trump have also acquired a new edge — including the suggestion from Cruz this week that the brash mogul “embodies New York values.”

It’s not just the Trump-Cruz dynamic that could cause fireworks on Thursday. Cruz and Rubio tangled repeatedly during the last debate in Las Vegas in December. The Florida senator has also been feeling the heat from rival New Jersey Gov. Chris Christie.

Former Florida Gov. Jeb Bush, who is in deep trouble in the race, has nothing to lose by throwing a few haymakers.

Rivals who have sought to bring Trump down to earth have failed to do so again and again. But comments he made last month welcoming compliments from Russian President Vladimir Putin could be a vulnerability.

How will Ted Cruz cope with new scrutiny?

Cruz is now viewed by a broad swath of political insiders and media observers as the most serious challenger to Trump. But the elevation of his status brings greater scrutiny — and not just of the type Trump has been trying to gin up with his questions about the Texan’s White House eligibility.

On Wednesday evening, The New York Times revealed that Cruz had failed to report a loan from Goldman Sachs, where his wife, Heidi, works, in campaign reports pertaining to his 2012 Senate bid. The moderators of Thursday evening’s debate, Neil Cavuto and Maria Bartiromo of Fox Business Network, are very likely to raise the subject. But whether his rivals pick up on it is the more interesting question. Several of them would love to put Cruz on the defensive but they also risk getting caught with a rhetorical counter-punch from the Texan, who is a skilled debater.

Can an establishment candidate stand out?

For months, there has been a widespread assumption that one establishment-friendly candidate would emerge as an alternative to Trump and the fiercely conservative Cruz.

Rubio has come closest to filling that role but he has by no means locked it down. Ohio Gov. John Kasich unseated Rubio from second place to Trump in the most recent major poll to come out of New Hampshire.

Kasich is a very uneven debater — he shone in his first outing in his native Ohio, but has struggled since. No such weakness afflicts Christie: the New Jersey governor has risen partly because of his considerable debating prowess. He has also been rising in several New Hampshire polls. Bush was widely thought to be much improved in his last debate outing and needs to take the initiative again this time.

The exchanges within this “establishment lane” could well be fiery. It is by no means certain that more than one of those candidates will have a credible path beyond the New Hampshire primary.

How will having fewer candidates on stage affect the debate?

There will be seven candidates on stage for the main event on Thursday night, a smaller number than in any of the previous five GOP clashes. That should lead to more airtime for all the contenders, but with that comes the risk of committing a gaffe or being exposed as shallow on any given policy area. A studious figure such as Bush will be hoping that his policy knowledge may be more apparent in a setting that offers less of a free-for-all. It remains to be seen if that will be borne out.

Will Rand Paul be there?

The Kentucky senator, dismayed by his relegation to an earlier event featuring lower-polling candidates, has been insisting that he is entitled to a slot on the main stage. If he is excluded from the prime-time debate, he has said he will boycott the 6 p.m. encounter, which will feature businesswoman Carly Fiorina, former Arkansas Gov. Mike Huckabee and former Sen. Rick Santorum (Pa.)

There have been no signs that the debate’s organizers are going to bend, however, so Paul likely faces the choice of staying out in the cold or acquiescing at the last minute to participating in the earlier debate. 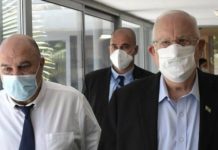