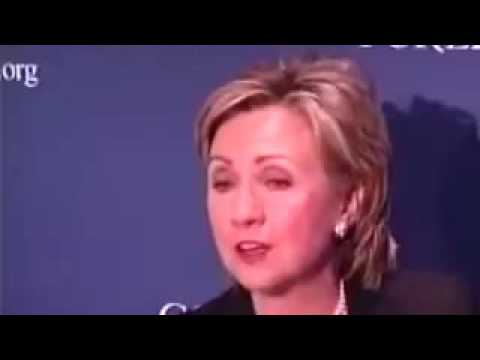 Hillary Clinton has resorted to mockery when it comes to Trump’s stance on immigration, making something of a slogan out of it. “We’re going to be building bridges, not walls.”

As for specific policy, Hillary supports “comprehensive immigration reform with a path to full and equal citizenship,” and keeping Obama’s executive orders in place. Liberals positions down the line — but she wasn’t always singing the same tune.

However, Allen West reports that Chris Menahan uncovered that immigration is just one of the many issues on which Hillary has flip-flopped. Shocking video shows Hillary Clinton calling for deportations and the building of a “physical barrier” to keep Mexicans out of the U.S.

Hillary is seen arguing the policies of Mexico are “pushing migration north across our border” and says the U.S. needs to “secure our borders” with “physical barriers,” implement “tougher employer sanctions” for hiring illegals and “deport” those who’ve “committed transgressions.”

The video was taken from a speech Clinton gave to the Council on Foreign Relations in 2006.

Here’s the video of the relevant statements: