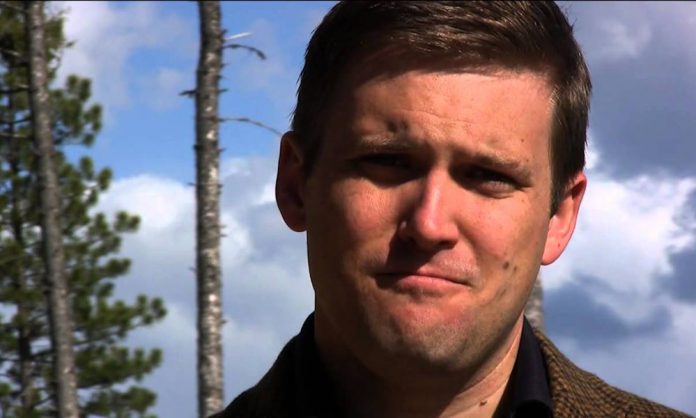 Florida Gov. Rick Scott declared a state of emergency Monday in anticipation of a speech by white nationalist Richard Spencer at the University of Florida.

Scott, R, warned in an executive order that a “threat of a potential emergency is imminent” in Alachua County, Florida, where the public university is located.

The order was intended to help with law enforcement agencies’ response to rallies planned for Thursday, the governor said in a news release. University of Florida officials said Monday afternoon that the order was not made in response to any specific heightened threat.

Spencer led hundreds of torch-bearing white supremacists, white nationalists and others on a march chanting, “You will not replace us” and “Jews will not replace us” at the University of Virginia in Charlottesville, Virginia, in August. The group fought briefly with counterprotesters, and violence worsened the following day when a man drove a car into a crowd of people protesting a planned “Unite the Right” rally, killing a woman and injuring others.

A state of emergency was declared in Virginia after that violence.

In the days afterward, the University of Florida told Spencer he could not hold an event he had planned on campus. After his supporters and a lawyer questioned that decision on First Amendment grounds, the university allowed Spencer to schedule his speech and question-and-answer session for Thursday.

University officials have done extensive planning for the event and said they intend to spend $500,000 on security.

The governor’s executive order will allow local law enforcement officials to work with state and other agencies. Scott is also activating the Florida National Guard to help if needed.

“This worries me. I don’t get it,” Spencer said about Scott’s order. “I hope he’s doing this with good intentions.”

He said the order won’t change his plans. “I’m going to play ball,” Spencer said. “My people are in constant contact with security. We’re moving forward in good faith.”

Spencer said his followers won’t instigate violence. If altercations occur, he said, it will be because somebody else starts it.

The University of Virginia was not well prepared for the march through its campus, according to a report released by the school last month.

Scott said in a statement that he has been in constant contact with the Alachua County sheriff, who requested the order to ensure county and local law enforcement agencies have every available resource.

The governor called it an additional step to ensure that the University of Florida and Gainesville are prepared and that safety is maintained.

“We live in a country where everyone has the right to voice their opinion,” Scott said. “However, we have zero tolerance for violence, and public safety is always our number one priority.”

Alachua County Sheriff Sadie Darnell said she had sought the declaration because of uncertainty surrounding what law enforcement will encounter.

The sheriff said she and the governor spoke several times over the weekend. “I pitched it to him and that it would help us a great deal to have that latitude,” Darnell said.

That includes allowing her to purchase more equipment quickly. Darnell said she wants to get more radios so all of the agencies involved – from campus police to the Florida National Guard – can communicate.

“We have looked at what happened in Charlottesville and Berkeley,” Darnell said, referring to events in Virginia and at the University of California at Berkeley. “We’re not being alarmist. But we want to be prepared. ”