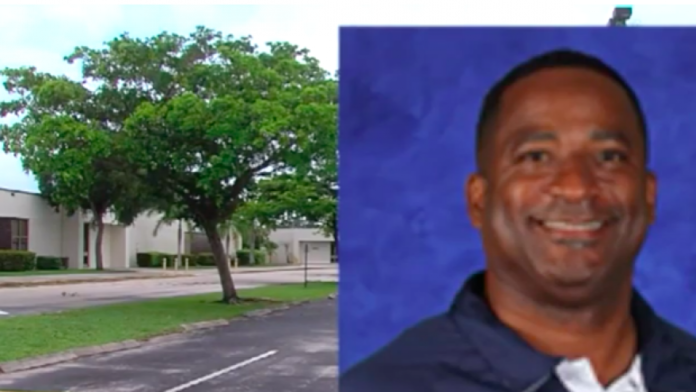 The principal of a high school in the heavily Jewish-populated Florida city of Boca Raton has been facing calls to resign after declining to recognize that the Holocaust occurred.

The Palm Beach Post first reported on Friday, citing email records obtained through a public-records request, that Spanish River Community High School principal William Latson told a mother of a student in April 2018 who sought to ensure that Holocaust education was “a priority” that “not everyone believes the Holocaust happened.”

“And you have your thoughts, but we are a public school, and not all of our parents have the same beliefs,” he continued.

A petition calling for Latson to resign has almost 6,300 signatures.

Latson added that educators have “the role to be politically neutral but support all groups in the school.”

“I can’t say the Holocaust is a factual, historical event because I am not in a position to do so as a school-district employee,” he wrote.

Latson apologized in a statement to the Post: “I regret that the verbiage that I used when responding to an email message from a parent, one year ago, did not accurately reflect my professional and personal commitment to educating all students about the atrocities of the Holocaust.”

“It is critical that, as a society, we hold dear the memory of the victims and hold fast to our commitment to counter anti-Semitism,” he added.

Latson noted that the school teaches the Holocaust in ninth- and 10th-grade English courses, alongside U.S. history and world history classes, as an elective class and “in an annual assembly featuring a keynote speaker,” according to the Post.

In a statement Sunday, Palm Beach County school board chairman Frank Barbieri Jr. said that the board “is, and always has been, committed to teaching all students, in every grade level, a historically accurate Holocaust curriculum; one which leaves no room for erroneous revisions of fact or the scourge of anti-Semitism.”

Latson is “being investigated at the highest levels of the District Administration,” added Barbieri.

“Every generation must recognize, and learn from, the atrocities of the Holocaust’s incomprehensible suffering and the enduring stain that it left on humankind,” wrote Barbieri. “It is only through high-quality education, and thought-provoking conversations, that history won’t repeat itself.”

Matthew Levin, CEO of the Jewish Federation of South Palm Beach County, told NBC affiliate WPTV: “The Holocaust isn’t a debatable point; it’s not philosophical. I don’t think that in this particular case that the principal is denying the Holocaust per se, but he’s certainly asking questions that he should not be asking. It’s not his job to do anything but teach the facts, and political correctness doesn’t get in the way of the facts.”

A Change.org petition calling for Latson to resign has almost 6,300 signatures as of Monday afternoon.