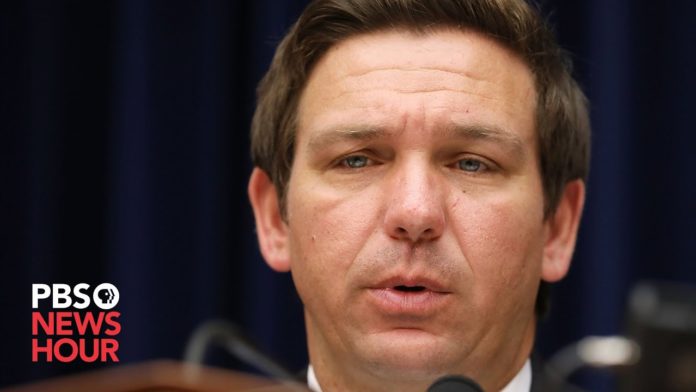 >>Follow Matzav On Whatsapp!<<
Florida’s top school official issued a sweeping executive order Monday requiring all schools in the state to reopen their buildings for in-person instruction for the coming school year, even as coronavirus cases in the state continued to rise.

Education Commissioner Richard Corcoran, a Republican and former speaker of the Florida House of Representatives, issued the order Monday. “School districts and charter school governing boards must provide the full array of services that are required by law so that families who wish to educate their children in a brick and mortar school full time have the opportunity to do so,” the order states.

Many districts, including the Miami-Dade school system, have proposed offering options for schooling, including hybrid models that would incorporate online and in-person learning. The order requires schools to offer full-time instruction “at least” five days a week for families who desire it.

The order leaves room for local health officials to override the state order, which won praise from Miami-Dade Superintendent Alberto Carvalho, who called the order “fair and measured.”

The announcement comes the same day President Donald Trump tweeted, “SCHOOLS MUST OPEN IN THE FALL!!!” In a later tweet, he said those hesitating to reopen schools amid a global pandemic were politically motivated: “Corrupt Joe Biden and the Democrats don’t want to open schools in the Fall for political reasons, not for health reasons! They think it will help them in November. Wrong, the people get it!”

Education Secretary Betsy DeVos backed the president’s statement. “Absolutely right, @POTUS! Learning must continue for all students. American education must be fully open and fully operational this fall!” she tweeted.

Fedrick Ingram, president of the Florida Education Association, the state’s largest teachers union, said his members also want to see schools reopened, as long as they have the resources and guidance to make it safe.

But he added that he was concerned, given Republican Gov. Ron DeSantis’s response to the pandemic, that state leaders would not be “guided by science.”

Teachers unions across the country are pressing school districts to allow teachers to opt out of teaching in person. Many parents are eager to see their children return to school, but some are telling districts that they’re not ready to let their kids back on campus, especially in places where the virus is surging.

The pandemic shuttered nearly every school in the United States in March, with many schools moving online with shaky curriculum plans. Educators say they fear that vulnerable children – especially those who are homeless, come from low-income households or have special-education needs – would fall even further behind their peers, with many lacking stable home environments, Internet access or the technology necessary for successful online learning.

As the new academic year approaches, schools are facing myriad challenges and pressures as they formulate back-to-school plans, contending not just with the looming danger of the virus but also drastic funding cuts in many states that have seen revenue plunge. Many of the measures public health officials recommend to reduce transmission of the virus – staying six feet apart, washing hands frequently, wearing masks – seem logistically difficult in schools that were overcrowded before the pandemic began.