A South Florida rabbi became the victim of a smash and dash after, he said, vandals threw bricks at two of his vehicles.

Rabbi Avraham Barash said the incident was the most upsetting start to the Sabbath since he moved into his Hollywood home in 2005.

“Quite a while. Never seen anything like this,” he said. “We were shocked to see that all the windows were smashed from the two cars that were parked in front of our house.”

“They threw bricks, over 10 bricks were thrown at the car, damaging the cars and windows,” he said. “My children were scared coming out of the house to see something like this.”

Barash said the family’s surveillance cameras weren’t working, so they have no idea who was responsible. 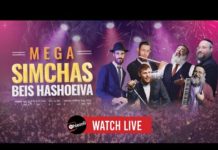