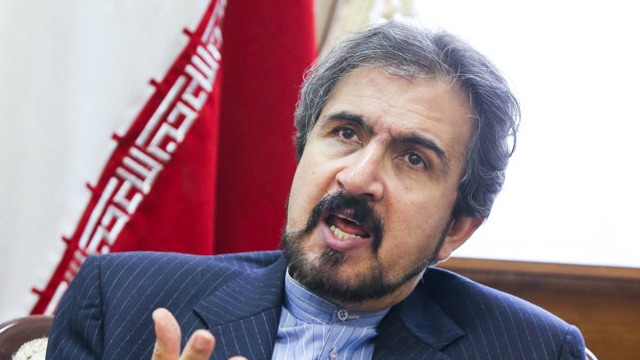 Israel, not Iran, is to blame for instability across the Middle East, a Tehran regime official claimed on Tuesday.

Responding to US Vice President Mike Pence’s Sunday address at AIPAC’s annual policy conference in Washington, DC — in which Pence said the Islamic Republic was destabilizing the Middle East and jeopardizing Israel’s security — Iranian Foreign Ministry spokesman Bahram Qassemi stated, “Unfortunately, the United States’ polices in support of the Zionist regime’s aggressive measures against the people of the region and also daily crimes committed by America’s partners against the defenseless people of Yemen have worsened insecurity in the Middle East.”

Qassemi’s remarks were reported by the regime-aligned Tasnim news agency.

The Foreign Ministry spokesman also vowed that Iran would continue its missile-development program.

“In bolstering our indigenized defense power and defending our country, we will neither accept recommendations from anyone nor will allow others’ interference,” he said.

On Sunday, Pence promised, “Under President Donald Trump, the United States of America will not allow Iran to develop a nuclear weapon. This is a solemn promise to you, to Israel and to the world.”