The most fascinating aspect of what is currently unfolding in the Arab nations is that the mightiest despots of the Arab nations who have ruled with an iron fist for thirty, forty or even fifty years have overnight been stripped of their power and stronghold over their respective nations. It just goes to show us how tenuous these so called kings really are.

It seems that had this dream of democracy and freedom been envisioned in the days of yore during Hitler’s Germany, Stalin’s USSR as well as Hussein’s Iraq it could have had an equal chance of succeeding. Just imagine how much more populated a world we would live in if all those who were prematurely killed during those regimes would have had a chance to live, build families and earn a living!

While it seems that more evil had been perpetrated in the days of Hitler’s Germany and Stalin’s Russia, the real difference between them and the Arab rulers of today is that killing en masse is just not as in style today as it was back then. If it were not for the media’s obsession over Iran’s pursuit of nuclear independence, we would be hearing more about the hundreds of people being hung on a regular basis by rule of the President of that region. The point is that there is little if no difference between the leaders of today and yesteryear. The will of the people has caused such a transformation in such a short period of time. The same could have been the reality back then.

The lesson which emerges in all this is the fact that these so called dictators have no real power. Rather, it was given to them from on high for a specific purpose. What bigger proof do we need than the story of the Megillah where Haman had decreed annihilation and ended up being hung on the same gallows that he had planned to hang Mordechai on?

However, it seems, that more than the world being created for the sake of the Jews, it was created so the Jews should enlighten a dark world with the light of G-dliness. As long as humanity does not recognize clearly who is behind the running of the world, the purpose for creation has not been fulfilled. G-d is even willing to transfer his power to people who would threaten the Jews with fear in order to get us to react and begin following His will. During yetzias Mitzrayim the Pasuk states, “U’pharaoh hikriv (drew near)”. The Pasuk did not use the word karav which would imply a physical closeness, rather, hikriv, implying that the Jews returned to G-d as a result of his rule. This too is what is meant by the opening of the Megillah, “And it was in the days of Achashverosh” since the Jews of that time were supposed to willingly accept the Torah which was issued by force during the giving of the Torah, G-d distributed his power to Achashverosh (who otherwise had no connection to that power), who succeeded in bringing the Jews to that goal.

This sheds light on the second Pasuk in the Megillah, “In those days when King Achashverosh sat on the throne of his kingdom…” In other words, it was as if G-d had placed Achashveirosh on his own throne in an attempt to coerce the Jews of that time to return and begin fulfilling His will. Reb Zev Wolf concludes by writing, that G-d resorts to this tactic from the beginning until the end of time in order to make His Honor known throughout the world.

I mentioned in my last article, “Eat, Drink and Be Merry…” the famous Arizal which cites that Purim is so sublime that Yom Kippur is compared to it. Essentially, this means that the sublimity of Purim is superior to that of Yom Kippur. Esther, before she was going to enter before the King unannounced, had instructed Mordechai to gather all of the Jews to fast and pray on her behalf, since a death sentence had been implemented for anyone who would enter the Kings chambers without being summoned. The only power that we have to negate the prominence of the nations over us is Prayer and Torah study. Our sages on the Pasuk, “The voice is the voice of Yaakov and his hands are the hands of Eisav” teach that as long as the voice of Yaakov is active the hands of Eisav have no power over us. If we feel threatened by the power of the kings of the world and we are unsure what each passing day will bring, that is a sign that we are not focusing enough on our Prayer and Torah study. Perhaps we are giving more attention to the situation in the world instead of realizing what is truly at play here.

It seems that there is an inherent connection between Purim and Yom Kippur. At the pinnacle of Yom Kippur, during the prayer known as Ne’ilah we recite, “You give a hand to sinners…” On Purim we all know there is a law, “Anyone who stretches out his hand, give him.” While the prayer of Yom Kippur is referring to repentance and the law of Purim, charity, perhaps since charity relates to repentance we can exegetically correlate the law of Purim to the prayer of Yom Kippur, which would require the participation of all the Jews, as Esther said, “Go gather all of the Jews”>

The late Lubavitcher Rebbe in a Farbrengen on Purim one year stressed the importance of not being swayed by the influence of secular rulers. In light of the Ohr Hame’ir quoted, it is apparent that all seeming power that the nations of this world possess is a direct corollary to the actions or perhaps inactions of our collective people. As this Purim nears ever so quickly we should reach out to each other in a gesture of unity and reaffirm our faith, love and fear of G-d and whether global harmony will be restored or not, it certainly will not concern us.

The Gemara in Megillah records that Achashverosh was a foolish king. In fact, the yetzer hora too in the words of Chazal is referred to as an old foolish king. They become so blinded by their power that they forget why they were given all this power in the first place. The secular kings as well as our evil inclination were only given power to make us stronger and reunite us with our Father in Heaven.

Politically speaking, the Jews in the days of Mordechai and Esther were on the brink of annihilation. Politically speaking the unrest becoming more and more widespread throughout the Middle-East presents a precarious situation for the safety of Israel. But as Jews who look toward G-d in Heaven, what connection do we have to politics and what significance do the powers of the world truly posses if we are performing the will of the true King. This Purim let us internalize the message of the Megillah and not feel intimidated by the foolish kings of the world and instead place our hope in the King of all Kings and watch him deliver our salvation. A Freilichin Purim. 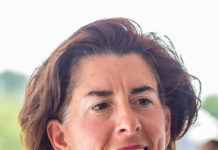