Today, the Israeli government announced that, for the first time since the country’s founding, it will be paying the salaries of Reform and Conservative rabbis, as it does with many Orthodox ones.

The deal was brokered in response to a 2005 petition by the Israel Movement for Reform and Progressive Judaism. Israel has committed to financially support up to 15 non-Orthodox rabbis serving farming communities and regional councils. They will be classified as “rabbis of non-Orthodox communities” and will be paid by the Ministry of Culture and Sport, not the Ministry of Religious Services.

The deal says these Reform rabbis will not have any say over matters of religion and halacha, so it is unclear what their roles will be, or how many communities will request them.

The Masorti movement’s chief executive, Yizhar Hess, called the decision historic, while Gilad Kariv, the head of Israel’s Reform movement, described it as “a major breakthrough.”

“This is the first step, but a significant one toward equalizing all Jewish streams in Israel,” Rabbi Kariv said in a statement. “We expect that this will lead to further steps that will eventually cancel the deep discrimination toward the non-Orthodox.”

Mr. Hess called today “a happy day for all Jews who believe in pluralism.”

In 2005, a petition was filed in the Supreme Court by Rabbi Miri Gold of Kibbutz Gezer and the Reform Movement in Israel, which demanded equal financing of non-Orthodox religious services.

Weinstein agreed the State would recognize “a rabbi of a non-Orthodox community” and that they would be entitled to financial assistance equal to the wages paid to Orthodox rabbonim.

The decision only extends those rights to 15 such rabbis – including Gold – who work for regional councils, but the number may increase.

Only rabbis in farming communities and regional councils , but not in cities, will be able to receive this funding. 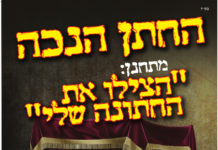