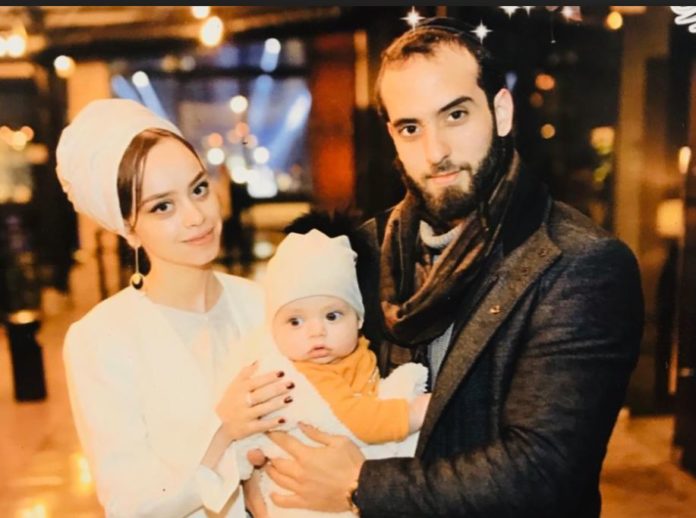 The story of Yitzchok Amar of Jerusalem spread through the Jewish internet like wildfire this week, after his wife released a heartbreaking video telling their story.

Amar and his family were in the Ukraine last month visiting kivrei tzaddikim when a car reportedly merged onto the road in front of them without signalling. The collision sent their car hurtling into an open field, where the young family bled and screamed for help to no avail. The three Ukrainians in the other car had perished in the crash.

When the authorities arrived, Yitzchok was taken straight to jail. His current conditions are particularly brutal for a young religious Jew: he shares his cell with two Muslims, and witnesses acts of violence amongst fellow prisoners daily.

Ukrainian authorities have agreed to release Amar on the condition that they receive $200,000 dollars by next Friday, July 12th.

Wife Miriam, in an act of desperation and fear, went public with their story this week in an emotional video. Their crowdfunding campaign tells the full story of their crash, and offers readers the opportunity to do the rare mitzvah of “pidyon shvuyim (releasing a Jewish captive).” In the video, the young woman holds a blue-eyed 11-month-old baby in her arms. Her face is still bruised from the crash. Her voice shakes when she speaks:

“I do not know when my husband will come back,” she says, choking back tears.

Donations have begun to pour in from around the world as horrified onlookers have shared the page, on social media and elsewhere. This public support offers Miriam and family a much needed glimmer of hope after the trauma they have endured. For Yitzchok Amar, however, anything short of their goal is a death sentence.