Aspiring politicians in New York once made a point of visiting the three I’s: Italy, Ireland and Israel.

For the GOP’s presidential prospects in 2012, it’s all about one: Israel.

A stop in the Jewish state is becoming as critical to a would-be president’s political resume as an early trip to Iowa or New Hampshire, a sort of global two-fer. Get some early foreign policy street-cred and play a little dog-whistle politics with Christian conservatives who are deeply invested in Israel’s fate – some because they view it as critical to the Biblical vision of the end of days.

Not only that, you get to look presidential by having your picture taken with Prime Minister Benjamin Netanyahu, who has played host to no less than three Republican contenders in recent weeks. Particularly for governors – who always face the question of whether they’re ready for the foreign policy part of the job – you can’t buy an ad that good.

“It’s not the Ames straw poll, but I do think a visit to Israel is an important stop for folks who are running for president,” said Republican Jewish Coalition executive director Matthew Brooks.

“You have a lot of governors and former governors running – folks who have not necessarily had a chance to immerse themselves in these issues,” Brooks said. “So much of what our commander-in-chief will deal with in the White House is rooted in this part of the world.”

There are currently two Republican presidential prospects in Israel: Mississippi Gov. Haley Barbour and former Arkansas Gov. Mike Huckabee. Barbour, who’s visiting on a trip organized by the Republican Jewish Coalition, will meet with Netanyahu and speak at a policy conference on Wednesday. Huckabee met with Netanyahu last week as part of an even more extended visit.

They arrived not long after former Massachusetts Gov. Mitt Romney departed Israel as part of a weeklong foreign trip that also took him to Afghanistan last month. He, too, got face time with Netanyahu, whom he worked with decades ago at Boston Consulting Group.

Other presidential hopefuls haven’t visited quite as recently, but have still taken time to burnish their pro-Israel credentials in the run-up to 2012. Former Minnesota Gov. Tim Pawlenty went on a trade mission to Israel immediately after the 2008 elections. And in mid-January, former House Speaker Newt Gingrich gave an interview to Israel Today laced with dire warnings about the Obama administration.

Brooks, for instance, spoke to POLITICO from Israel, where he was traveling with Barbour, one of the many Republicans leaning toward running in 2012 who have only limited foreign policy qualifications. The only likely candidate who can claim serious diplomatic credentials is former Utah Gov. Jon Huntsman, who now serves as the U.S. ambassador to China.

More 2012-related trips to Israel could be on the way, and Brooks said RJC has “a number of invitations out and a number [of candidates] have indicated they’re interested in going.”

“If you took a poll of Israelis and asked what they thought about the president and his policies, his marks would be reasonably low, perhaps among the lowest of any in the world. There is a disquiet, an unease, even now in terms of what is happening in Egypt,” Coleman told POLITICO after a Tuesday meeting with the mayor of Jerusalem. “I think most Republican candidates are saying: We could stand a lot more foursquare with our democratic ally.”

Israel’s status as an important stop for presidential candidates isn’t exactly new. Obama visited Israel in the midst of his 2008 campaign. Back in 1998, then-Texas Gov. George W. Bush went to Israel and got a helicopter tour from Ariel Sharon as part of an effort to show his mettle on the international stage.

But Israel has loomed ever larger in Republican politics since the terrorist attacks of Sept. 11, 2001, particularly among Jewish conservatives and evangelical voters who cared deeply about Israel’s well being to begin with.

A country that was already a U.S. ally has become a symbol of Western values under siege in a region swept with violent extremism. For a political party defined for much of the last decade by its stance on fighting radical Islam, there’s no foreign nation that can command greater sympathy.

“Israel is increasingly becoming a mandatory stop for Republican presidential aspirants,” said Ralph Reed, the former Christian Coalition executive director who now leads a group called the Faith and Freedom Coalition. “Evangelicals have always been pro-Israel, but I think Sept. 11 changed security issues into ones that became much more personal for Americans.”

“Before, it was mostly about the historical connection of Christians to the land and the holy sites. Now it comes from a perception of a common struggle with a shared destiny,” Reed explained.

Richard Land, who heads the Southern Baptist Convention’s Ethics and Religious Liberty Commission, put it in even more emphatic terms, recalling that he was once asked “about George W. Bush’s extraordinary relationship with evangelicals and if there was anything that could undo it.”

“I could think of only two things,” Land said. “One, if he went back on his pro-life stance, and two, if he was seen as pressuring Israel to make concessions that it did not feel were in its security interests.”

Nothing of the kind happened during Bush’s two terms in office. And in January of 2008, as Bush was nearing the end of his time as president, he hearkened back to his helicopter ride with Sharon during an interview with Israeli journalists.

Fleischer, who sits on the RJC’s board, likened a politician’s early visit to Israel to the experience of interacting with voters at the very outset of a presidential campaign – before the candidate’s entourage grows, the Secret Service arrives and tighter control settles over the campaign.

“You get to see who they really are,” he said of candidates on the campaign trail.”Same thing here. When they travel abroad and it’s a smallish group, the informality of it really leads to a lot of learning, as opposed to the formality and the stuffiness of a summit meeting when you’re the president.” 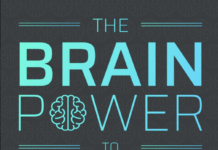 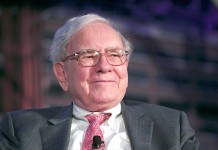