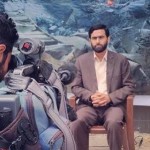 Israel’s Foreign Press Association on Monday said it “protests, in the strongest terms, the blatant, incessant, forceful and unorthodox methods employed by the Hamas authorities and their representatives against visiting international journalists in Gaza over the past month.”

In a statement, the FPA said, “The international media are not advocacy organisations and cannot be prevented from reporting by means of threats or pressure, thereby denying their readers and viewers an objective picture from the ground.”

“In several cases, foreign reporters working in Gaza have been harassed, threatened or questioned over stories or information they have reported through their news media or by means of social media,” it said. “We are also aware that Hamas is trying to put in place a ‘vetting’ procedure that would, in effect, allow for the blacklisting of specific journalists. Such a procedure is vehemently opposed by the FPA.”

Many journalists working in Gaza during Operation Protective Edge said they were free to broadcast or publish true reports, only after leaving the reach of Hamas. Away from the front, Italian journalist Gabriele Barbati said he was able to report that Hamas, not Israel, was responsible for shelling in Shati, while two tweets from correspondents for The Wall Street Journal that highlighted Hamas operating its headquarters from the Al Shifa Hospital and showing how Hamas rockets, not Israel’s likely hit the hospital, were quickly deleted.

The role of Hamas in silencing media was called out by media watchdog CAMERA, the Committee for Accuracy in Middle East Reporting in America, and the World Jewish Congress, which faulted the media companies for caving to Hamas’s pressure. 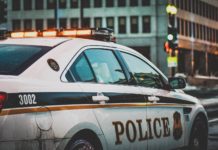