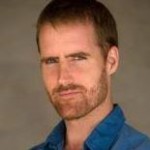 Former Associated Press reporter Matti Friedman on Tuesday wrote a scathing criticism of the recently issued report from NGO Breaking the Silence on the conduct of Israeli soldiers during last summer’s Gaza war.

In an extended Facebook post, Friedman blasted the report, and simultaneously tried to put it in context.

Friedman began by addressing testimony presented by Israeli soldiers in the report, to the effect that their compliance with the laws of war was much more lax than it should have been. He noted that “War is awful” and “people come back feeling upset about things they’ve seen and done. Some observers are reliable, and others aren’t.” He said that “Some of the things described in the report no doubt happened as they were described. Others didn’t. Infantrymen at the bottom of the hierarchy often don’t understand what they’re seeing, or the reasons for what they’re doing, and I’m speaking from experience.”

According to Friedman, such orders that might seem too aggressive at the ground level would make more sense the higher one goes up on the ladder of the military hierarchy.

“For example, open-fire regulations at a particular time could seem too aggressive given your limited understanding of where you are.” But, he said, “If you have all of the information at your disposal – and no soldier does – you might understand why.”

Yet, things are different for the higher military echelons who, by nature of their positions, have a better understanding and vision of the total battlefield. “A target shelled for reasons unknown to you might have been shelled for good reason after all. Or not. You don’t know, and in many cases (but not all) it’s a mistake to think you do.”

Because of that inherent inability to understand the total battlefield, Friedman says that, “drawing broad conclusions about Israeli military practice from ‘testimonies’ of this kind is irresponsible.”

He also had criticism for the journalists who reported on the findings of the Breaking the Silence report and assigned credibility to its content. “I hope that most intelligent people have stopped taking international press coverage of Israel too seriously,” said Friedman.

He added that, “‘Lax’ and ‘high’ are relative terms. If Israel is being compared to other countries in similar situations, we need to know what the comparison is. Otherwise, beyond the details of individual instances the broad criticism is meaningless.”

Regarding Breaking the Silence, Friedman noted that while it was once an organization made up of IDF veterans trying to “expose Israelis to the nature of service in the occupied territories in order to have a political impact on Israeli society,” it was no longer such an organization.

“Now it is something else,” said Friedman, since its funds come largely from European donors, making it an organization, “which serves mainly to provide international reporters with the lurid examples of Israeli malfeasance that they crave.”

Because of the fact that Breaking the Silence is no longer attempting to address Israeli society, its motives and reports must be suspect, Friedman said. And so long as it acts in the interests of foreign powers, rather than Israelis, “Israelis will continue to live without the strong left that we need – one that comes from Israel, is part of Israel, and is concerned with bettering our society, not with posturing for an audience abroad whose hostile obsession with us has nothing to do with us at all,” Friedman said.

Friedman drew attention last summer for an extensive critique of the AP’s coverage of Israel, published by Tablet magazine.