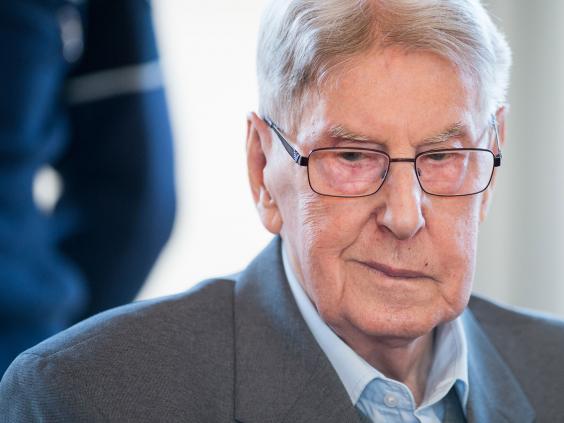 A 94-year-old former SS sergeant admitted in court Friday that he had served as an Auschwitz death camp guard, apologizing to Nazi Holocaust survivors looking on in a German courtroom that even though he was aware Jews were being gassed and their corpses burned, he did nothing to try to stop it, the AP reports.

Reinhold Hanning told the Detmould state court that he had never spoken about his wartime service in Auschwitz from January 1942 to June 1944, even to his family, but wanted to use his trial as an opportunity to set the record straight.

“I want to say that it disturbs me deeply that I was part of such a criminal organization,” he said as he sat in a wheelchair, talking with a weak voice into a microphone. “I am ashamed that I saw injustice and never did anything about it and I apologize for my actions. I am very, very sorry.” Read more at CBC NEWS.