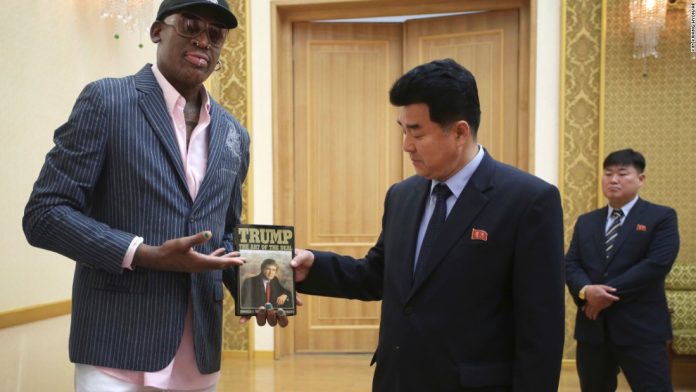 Basketball Hall-of-Famer Dennis Rodman gave a North Korean official a copy of President Trump’s book “The Art of the Deal” on Thursday.

The book given to Sports Minister Kim Il Guk was not signed by Trump, who was Rodman’s boss for two seasons of “Celebrity Apprentice” reality TV show, according to the Associated Press.

Rodman arrived in the isolated Asian nation on Tuesday for the first time in Trump’s presidency. He said he is “just trying to open a door” on a mission he thinks may get support. Read more at Fox News.