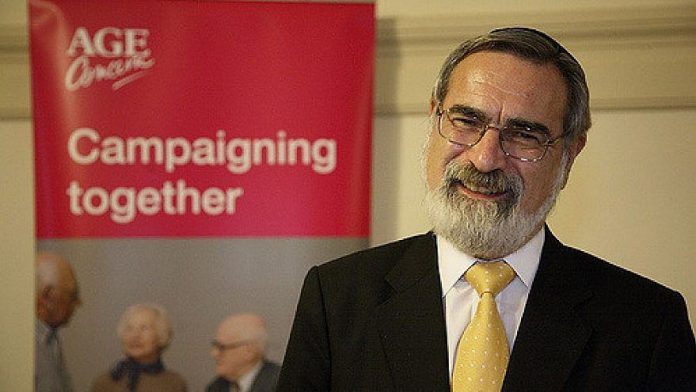 Former Chief Rabbi of the United Hebrew Congregations of U.K. and The Commonwealth, Jonathan Sacks blasted U.K. Labour Party leader Jeremy Corbyn as “an anti-Semite” who supports “racists, terrorists and dealers of hate,” adding that a speech the party leader gave five years ago was the “most offensive statement by a senior British politician since [Conservative parliament member] Enoch Powell’s 1968 ‘Rivers of Blood’ speech.”

It was Sacks’s first comments since the anti-Semitism problem surrounding the political party reached new heights over the past few weeks, causing louder calls for Corbyn’s resignation.

“It was divisive, hateful and like Powell’s speech, it undermines the existence of an entire group of British citizens by depicting them as essentially alien,” Sacks said in an interview with The New Statesman.

Sacks’s statement come as a video from 2013 surfaced of Corbyn giving a speech at the Palestinian Return Centre in London, where he said that “Zionists … clearly have two problems. One is they don’t want to study history and, secondly, having lived in this country for a very long time, probably all their lives, they don’t understand English irony either.”

“The discrimination and the deprivation, the sense of alarm and of resentment, lies not with the immigrant population but with those among whom they have come and are still coming,” said Powell. “This is why to enact legislation of the kind before parliament at this moment is to risk throwing a match on to gunpowder.” JNS.ORG