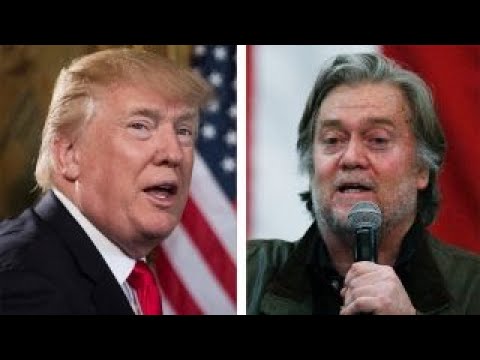 Steve Bannon’s apology for his comments trashing Donald Trump’s family did little to tamp down the president’s anger at his former chief strategist, as aides describe the president demanding a stark choice from supporters of both men: you’re either with Bannon, or with me.

Trump’s aides are tracking who came out with full-throated criticism of Bannon over the weekend, and they put out the word that the president is keeping score.

Trump remains irritated over losing the first week of the year to titillating excerpts from the book “Fire and Fury” by Michael Wolff, which is focused on the president and his dysfunctional White House.

The president has since minimized Bannon’s role in Trump’s 2016 election win, characterized him as self-interested and destructive, and nicknamed him “Sloppy Steve.” At the same time, Trump denounced Wolff’s book as “fiction,” as well as “really boring.” On Sunday he bemoaned a “Fake Book, written by a totally discredited author.”