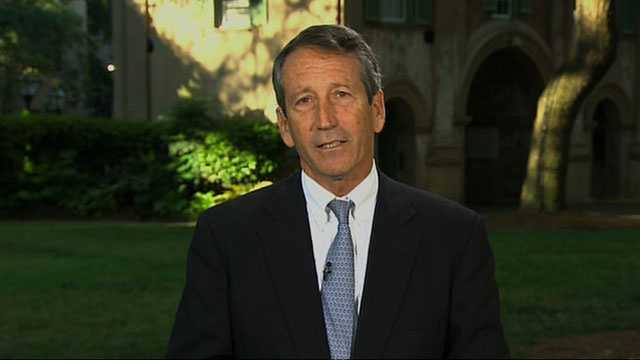 Former congressman Mark Sanford announced Sunday that he will challenge President Donald Trump in the 2020 Republican primary, becoming the third GOP contender in the race to unseat the incumbent.

Sanford made the announcement in an appearance on “Fox News Sunday.”

Sanford, a former South Carolina governor who represented the state’s 1st Congressional District in the House until earlier this year, had been mulling a bid against the president for weeks.

He joins former Massachusetts governor Bill Weld, who launched a bid against Trump in April seeking to appeal to traditional Republican voters, and former Illinois congressman Joe Walsh, who announced last month that he will challenge the president not from the center but from the right and on moral grounds.

The president remains immensely popular among Republican voters: According to a Monmouth University poll released last month, 84 percent of Republicans approve of Trump’s job performance. His highest recent approval mark among fellow Republicans was 88 percent in a Fox News poll of registered voters in early August.

Those numbers would suggest that, like other Trump challengers, Sanford has lower odds of actually defeating the president than of successfully criticizing him in a way that could affect the general election.

Limiting government spending was a key focus of Sanford’s time in public office. And he has previously said he was motivated to consider a bid against Trump out of concern over the federal debt and deficit.

On Sunday, he said the country needs to have a conversation about the “degree to which institutions and political culture are being damaged by this president.”

Asked by host Chris Wallace whether he seriously thinks he has a chance of beating Trump, Sanford responded, “I’m saying, you never know.”

“I’m listing my goals, my primary goals, to say, let’s go out and force – or try and create – a conversation on that which is not being talked about in this presidential cycle. … The thing that has been lacking in this debate has been an earnest and real conversation on debt and deficits and government spending,” he said.

Sanford had previously served three terms in the House, and, after leaving the governor’s mansion in 2011, he ran for House again and won, serving from 2013 to 2019. He was a frequent critic of Trump and, in 2018, lost his GOP primary after the president endorsed his opponent, state Sen. Katie Arrington, who lost in the general election to now-Rep. Joe Cunningham, a Democrat.