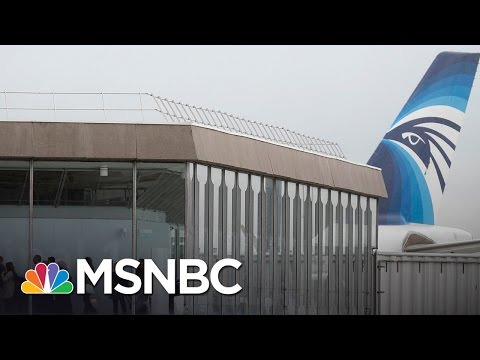 Presumptive GOP presidential nominee Donald Trump says that the disappearance of EgyptAir Flight 804 was an act of terror .

“Looks like yet another terrorist attack,” Trump tweeted. “Airplane departed from Paris. When will we get tough, smart and vigilant? Great hate and sickness!”