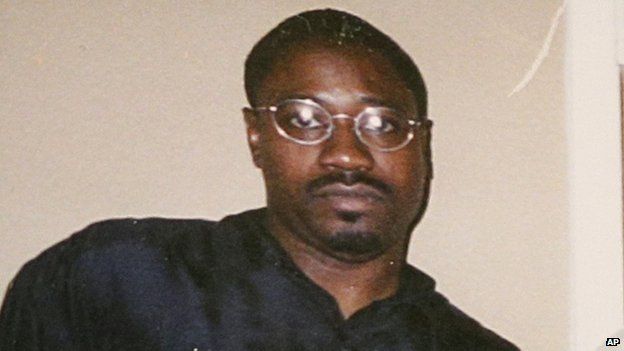 The former South Carolina police officer caught on video opening fire at a black man who was running away pleaded guilty Tuesday to a federal civil rights charge, authorities said.

Michael Slager, who worked for the North Charleston Police Department, had faced both federal civil rights and state murder charges in the April 2015 shooting of Walter Scott, a 50-year-old unarmed motorist who fled after a traffic stop. Slager pleaded guilty to a single federal civil rights charge – which his lawyer described as “using excessive force” – as part of a deal to resolve both cases.

“We hope that Michael’s acceptance of responsibility will help the Scott family as they continue to grieve their loss,” Andrew Savage, Slager’s attorney, said in a statement.

The incident was captured on camera by a bystander, and the graphic footage rocketed around news stations and the Internet – fueling an ongoing debate about police use of force on black people. Slager soon faced charges in two court systems, though a state jury could not come to a verdict in his case after a trial late last year.

Slager faces life in prison and a fine of as much as $250,000 on the civil rights charge. His sentence will be determined at a later date.

Ninth Circuit Solicitor Scarlett Wilson, whose office brought the state case against Slager, said in a statement that the “civil rights aspect of the killing of Walter Scott has always been important to the Scott family, to our community and to our nation,” and that is why she long worked with Justice Department prosecutors to bring charges against the officer.

“Today, in working with the Department, we found justice in a resolution that vindicates the State’s interests by holding former police officer Michael Slager accountable for shooting Mr. Scott (in the back) when Slager knew it was wrong and illegal; as well as justice in a resolution that recognizes the egregious violation of Mr. Scott’s civil rights,” Wilson said in the statement. “Now that Slager has pleaded guilty to a willful violation, admitted the facts we set out to prove and waived the right to appeal his conviction, a successive prosecution by the State is not necessary.”

The plea marks the first significant action the Justice Department under Attorney General Jeff Sessions has taken in a case of alleged police misconduct – though those familiar with the matter say it should not be used as a barometer to assess his policy views. Prosecutors in the previous administration had contemplated reaching a plea agreement with Slager, but the discussions ultimately did not yield a deal.

Sessions has spoken publicly about his view that police are unfairly maligned because of high-profile incidents, and he has been critical of the Justice Department’s involvement in court-mandated reforms of troubled departments.

The attorney general has, though, indicated he is willing to prosecute individual officers accused of wrongdoing, saying recently, “We can absolutely use our investigative and prosecutorial power to prosecute cases that are worthy of prosecuting.”

Federal civil rights charges can be harder to substantiate than state murder, manslaughter or assault charges – a point Sessions himself made in commenting on prosecutions of officers recently. To win a conviction on civil rights charges, prosecutors have to present evidence that speaks to an officer’s intent at the time of a crime.

Slager claimed during his state trial that he was justified in shooting Scott because he feared for his life. By the officer’s account, Scott was able to take his Taser even after Slager had stunned the 50-year-old man, and he fired as Scott approached him. Video, though, showed Scott running away, and an expert witness estimated that he was 17 to 18 feet away when Slager fired the first shot. The state had vowed after the mistrial that it would bring the case again; it moved to drop its charges against Slager after his plea in federal court.