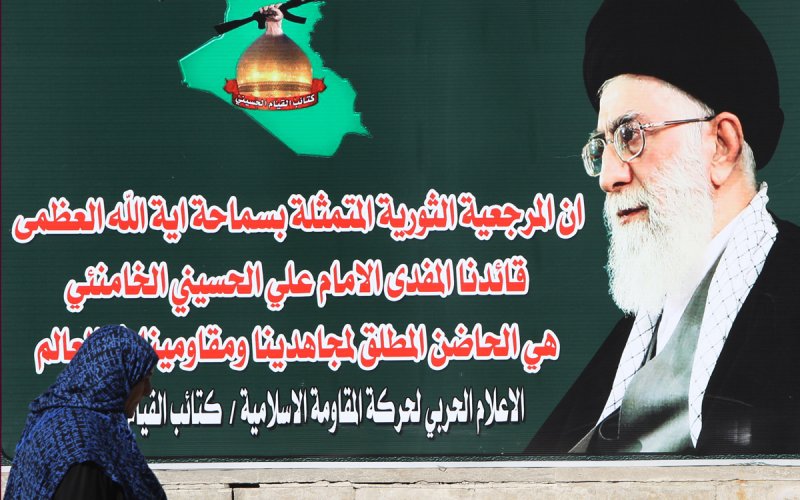 Iran is stepping up the speed at which it is arming its proxies in the region due to its fear that after Donald Trump assumes the US presidency in January, its room to maneuver in Syria will be greatly hampered, a former director-general of Israel’s Ministry of International Affairs and Strategy told The Algemeiner on Wednesday.

IDF Brig. Gen. (res.) Yosef Kuperwasser, currently a senior project manager at the Jerusalem Center for Public Affairs think tank, was giving his take on the timing of what was reported by Syrian media outlets as an Israeli Air Force strike on Hezbollah targets outside of Damascus on Tuesday night.

Though Kuperwasser, who has held an array of military intelligence positions, said he could not confirm or deny whether such a strike actually took place, he noted that “based on past such cases, there is good reason to believe it did.”

Though its specific timing, he said, would have been a result of information Israel garnered on particular weapons convoys, in general, the IDF these days is keenly aware that Hezbollah — the Lebanon-based Shiite terrorist organization that is fighting on behalf of the regime of Syrian President Bashar Assad — “has been gaining in strength.”

As far as the Netanyahu government’s coordination with Moscow regarding operations in Syria is concerned, Kuperwasser said, “There is a mutual understanding of each other’s interests. Though Russia and Iran are backing Hezbollah combat rebel forces fighting against the Assad regime, Russia understands that Israel cannot allow weapons from Hezbollah in Syria to be moved to Lebanon, where they will be aimed at the Jewish state.”

What Russian President Vladimir Putin cares about in this case, Kuperwasser said, “is for Hezbollah to be armed for fighting in the Syrian civil war, not for other purposes.”

But even Hezbollah is not Israel’s gravest concern at the moment, said Kuperwasser. “It is, rather, Iran’s increasing territorial contiguity — crossing Iraq, Syria and Lebanon.”

As was reported in The Algemeiner earlier this month, former Shin Bet director Avi Dichter told a delegation from the Swiss Parliament that Iran now commands a force of some 25,000 Shiite militants in Syria.

A week later, as The Algemeiner reported, Hezbollah held a military parade in Homs, Syria to show off its armored vehicles and anti-tank missiles. It was not the first time that Hezbollah has issued veiled — and not-so-veiled — threats against the Jewish state since since the 2006 Second Lebanon War.