The former Turkish Air Force chief and the country’s former military attaché to Israel, Akın Ozturk, has admitted to organizing the failed military coup in the country over the weekend, according to Turkey’s state-run Anadolu news agency.

The report said that Ozturk confessed to the plot in an interrogation, and photos have been released showing him shackled and with a number of injuries.

In earlier statements to the media, Ozturk had denied any involvement in the attempted coup against the government of Turkish President Recep Tayyip Erdogan.

“I am not someone who has planned or directed the coup attempt…I don’t know who did,” he had initially said, the Turkish broadcaster NTV reported. 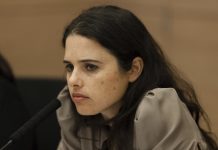