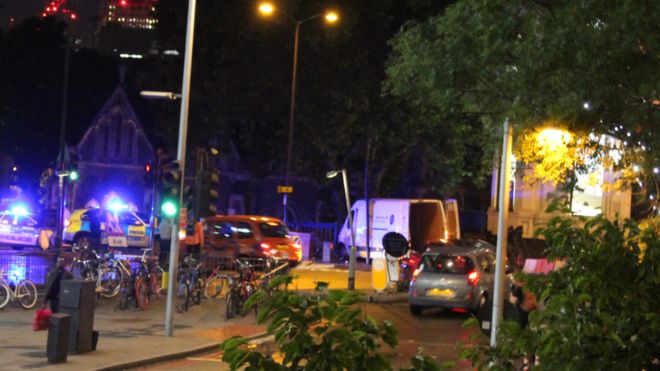 A former leader of the UK branch of the hardline Islamist group Hizb ut-Tahrir (HuT) has urged British Muslims to “stop pretending” that violence and terrorism are completely alien to Muslim beliefs.

Noted author and broadcaster Maajid Nawaz — who served on the national leadership of HuT as a university student — was speaking on London’s LBC radio station in the wake of Saturday night’s terrorist atrocity in the British capital, in which seven people were killed and more than 50 injured. The assault was carried out by a terror cell of three men who rammed pedestrians on London Bridge with a van, before running to nearby Borough Market where they began stabbing visitors to the neighborhood’s bars and restaurants. Several eyewitnesses described the terrorists repeatedly stabbing one woman while shouting, “This is for Allah!”

Naazwaz’s comments came as British Prime Minister Theresa May issued a four-point plan to deal with Islamist extremism. May spoke of the need to defeat Islamist ideology, crack down on internet companies that give platforms to terrorists and their sympathizers, stamp out extremism through military action against ISIS, implement tougher measures against domestic Islamists and introduce new counter-terrorism laws.

May said that the three Islamist outrages on British soil over the last ten weeks — two in London and one in Manchester — were “bound together by the single, evil ideology of Islamist extremism that preaches hatred, sows division, and promotes sectarianism.”

Naawaz highlighted what he said was the importance of the British government’s ‘Prevent’ program directed at Muslim communities, which forms an integral part of May’s new drive against extremism. With the British general election approaching on Thursday, Naawaz said that “any politician who calls for the scrapping of ‘Prevent’ in this climate does not understand the risk that this country faces.”