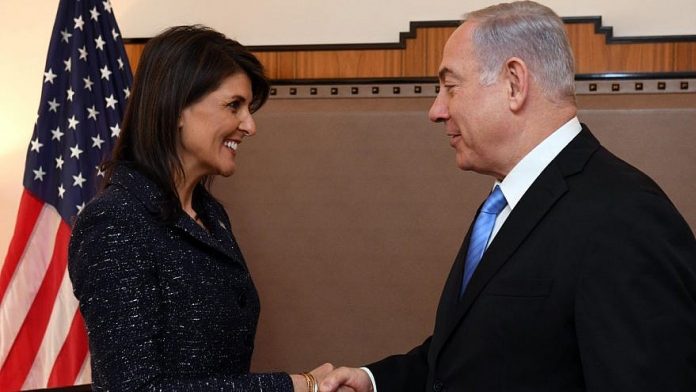 Former U.S. Ambassador to the United Nations Nikki Haley prayed at the Kosel on Wednesday while she is in Israel for the “Israel Hayom Forum for U.S.-Israel Relations.”

Haley also placed a note inside the wall, as is customary for visitors.

Meanwhile, on Thursday she met with Israeli Prime Minister Benjamin Netanyahu, with the Israeli leader praising her for her work supporting the Jewish State at the U.N.

During her time at Turtle Bay, Haley earned plaudits for her staunch defense of Israel, including speaking out against the innate bias at the world body against the Jewish state.

“Thank you for your hospitality and your friendship but more than that, thank you for your partnership. There have been some really great things between these two administrations and it has forever bonded us. We look forward to many, many more years of strength and partnership between Israel and the United States,” Haley said.