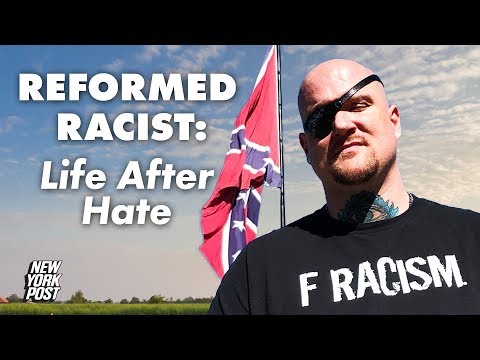 Thomas Engelmann was once a high-ranking member of the Aryan Brotherhood. The former white supremacist joined the gang in prison, where he covered his body in racist and anti-Semitic tattoos.

Now a free man, the 36-year-old, who was later shot and blinded by the Brotherhood, is dedicating his life to fighting racism through Life After Hate, a Chicago-based group founded by former white supremacists. On his journey, Engelmann tries to erase his hateful past, one tattoo at a time.