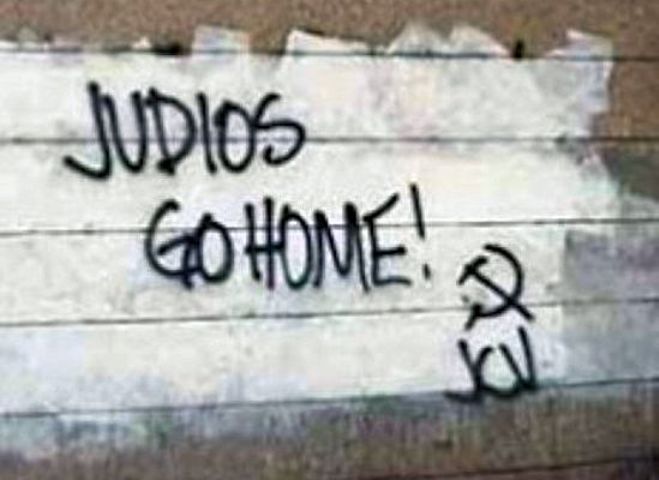 Statistics on hate crimes compiled by Germany’s Interior Ministry demonstrate that an average of four antisemitic incidents have been reported every day for nearly 20 years, a prominent news outlet revealed on Thursday.

“Since 2001, the Federal Ministry of the Interior publishes annually police statistics for crimes motivated by antisemitism,” the Dusseldorf-based Rheinische Post reported. “According to the ministry, there were a total of 1799 anti-Semitic offenses in 2018. In 2014, there were just under 1,600 cases, in 2006, more than 1,800.”

Continued the paper: “On average, there have been about four offenses every day since 2001.”

Felix Klein — the German federal government’s commissioner tasked with combating antisemitism — told the Rheinische Post that educational efforts against the rising tide of anti-Jewish bigotry were now of paramount importance.

“Dealing with discrimination and antisemitism must become a mandatory part of teacher training everywhere in Germany,” Klein said.

In one incident, Berlin Rabbi Yehuda Teichtal was set upon by two men, who insulted him in Arabic and then spat at him. In the other incident, in the south German city of Munich, a local rabbi and his two sons were abused as “Sh_t Jews” and spat upon by a man and woman. Two days after the Munich outrage, a member of the city’s Jewish community returned home to discover that a Star of David had been sprayed on the stairwell outside his apartment, German broadcaster DW reported.

Klein described the attacks on the rabbis as “unbearable.” The federal commissioner — appointed in 2018 as the first incumbent of a post that is dedicated solely to fighting antisemitism — emphasized that his priority was to improve the reporting of antisemitic crimes, while giving regional authorities more powers and resources to tackle the problem.

“About 80 percent of the measures in the fight against antisemitism are state matters, because the states [in Germany’s federal system] are responsible for police, education and culture,” Klein said. “The aim is to make the reality of antisemitism in Germany visible to society as a whole, thereby creating an empirically-proven basis for combating it.”

Klein pointed out that officials dealing with episodes of antisemitism had to be educated about the varying character of antisemitic attacks — a subject that has previously generated controversy over claims that the German authorities categorize such attacks as the work of far-right extremists even when they are committed by Islamists or supporters of hard-left groups.

“It is important for prevention work to learn what motivates an antisemitic act, whether it has a politically right-wing, leftist or Islamist background,” Klein said.