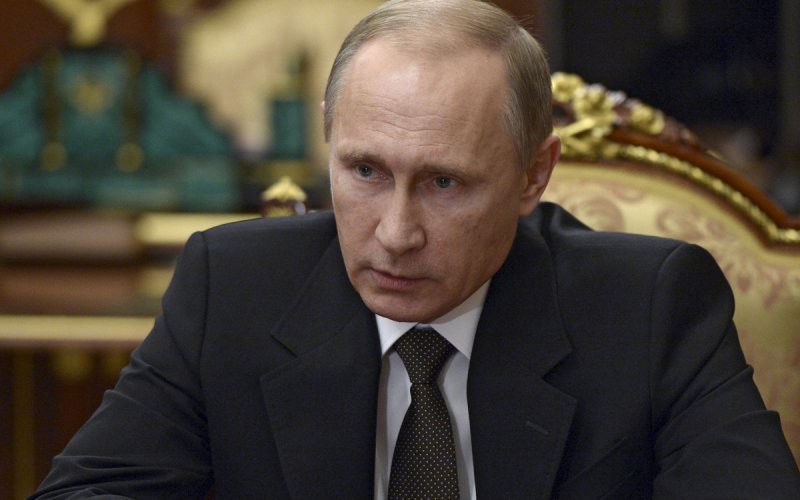 Who you gonna call? For the citizens of four NATO countries asked which military power they’d want fighting on their side if attacked, the answer was simple — Russia.

That was among the findings of a multi-nation WIN/Gallup International poll published just ahead of Friday’s annual gathering of the trans-Atlantic security community in Germany that appeared to map out shifts in the post-Cold War security alliances which have come under renewed strain and scrutiny since Donald Trump’s election to the U.S. presidency.

By far the largest number of countries polled chose the U.S. for their go-to defense partner, suggesting that it remains the world’s only military power with truly global reach and alliances.

At the same time, however, China and Russia picked each other, war-torn Ukraine and Iraq split down the middle, while those four members of the U.S.-led North Atlantic Treaty Organization — Bulgaria, Greece, Slovenia and Turkey — plumped for Russia.

“It isn’t surprising that Russians and Chinese chose each other, but it is new,” said Stoychev. “It shows us something very important — that U.S. policy over the last 20 years has driven Russia into the arms of China, which is quite strange because Russia is fundamentally a part of Europe.”

At the same time, some of the results in European NATO countries showed how their fundamental security choices were moving beyond the alliance, he said. Bulgaria and Greece, for example, see their biggest security threat coming from Turkey. Although Turkey is also a NATO member and so theoretically an ally, its invasion and occupation of Northern Cyprus in 1974 showed that these countries cannot rely on NATO to protect them, so they look to Russia.

Similarly, in Western Europe, some NATO members are increasingly looking to other Europeans for security, according to Stoychev. Although 30 percent of Belgians chose the U.S. in the survey, more chose European partners — 25 percent France and 12 percent the U.K. — while almost as many Swedes chose the U.K. (29 percent) as the U.S. (31 percent).

Chancellor Angela Merkel, who is due to address the Munich conference on Saturday and then meet with Vice President Mike Pence, warned the U.S. against retreating from its global role and insisted that NATO has been a source of American strength. Speaking to reporters in Berlin, she said that Germany is committed to eventually reaching the 2 percent of gross domestic product target, yet “questions of development aid, crisis prevention and others are just as important.”

While political and economic realities mean it will take years for most NATO allies to meet the 2 percent target that Mattis is demanding, “the Europeans are scared to death” by the possibility that NATO might crumble at a time when Russia has become increasingly assertive, said James Davis, dean of the school of economics and science at Switzerland’s St. Gallen University, speaking in the margins of the annual Munich Security Conference.

“If you know anything about the history of the last 200 years in Europe, this week’s announcement that the Romanians and Czechs are going to put core military units under German command is kind of shocking,” said Davis.

Yet while those fears should drive NATO members together, there are so many different threat perceptions and other forces pulling it apart that it may not happen, said Davis. He noted that the Gallup poll also broadly reflects a divide between the Orthodox Christian world and Western Christianity, with Orthodox Greece and Bulgaria opting for Russia, while Ukraine and Bosnia Herzegovina — which are also religiously divided — split down the middle.

Catholic Slovenia, which largely escaped the brutal wars that accompanied the dismembering of Yugoslavia in the 1990s, was an exception in narrowly opting for Russia. So was Romania, a mainly Orthodox Christian nation that picked the U.S. But these shifts and fractures are spreading well beyond the Balkans, according to Davis.

“When I teach I have 18 year old students in front of me and I can tell you that the good old days when there was solidarity in the face of a Soviet threat is ancient history to them,” said Davis. He added that acceptance in European populations that the U.S. should play a leading global role had eroded badly as a result of the Iraq war and could well erode further with Trump in the White House.

WIN/Gallup International — which is not related to U.S.-based Gallup Inc. — polled about 1,000 people in each of 66 countries around the world, between October and December 2016. The survey’s margin of error was plus or minus 3.5 to 5 percent.