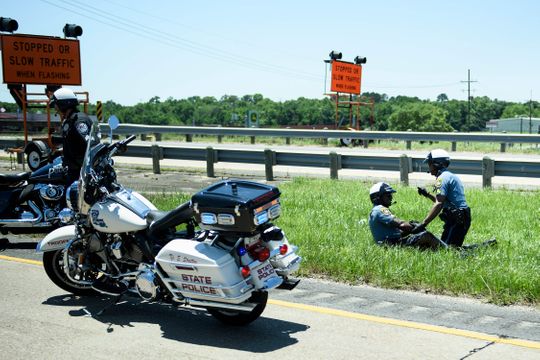 Four police officers traveling in President Trump’s motorcade were involved in a crash on Tuesday in Louisiana.

Three of the four cops on motorcycles involved in the crash were taken to a local hospital with minor injuries, the US Secret Service said.

It’s unclear what caused the crash.