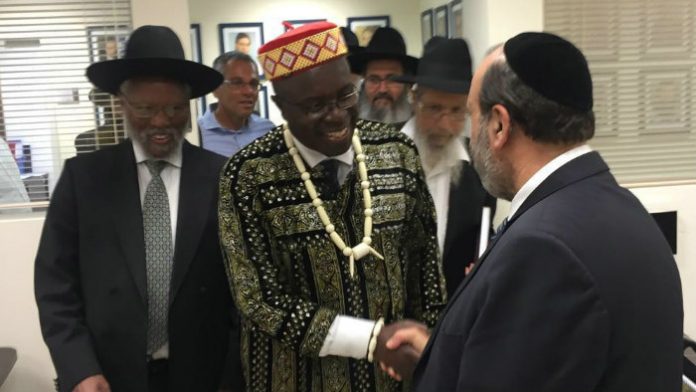 Some months ago, an African named Francis A. Ayi appeared in Israel claiming that he was king of lost Jewish tribes in Togo, Africa, and intimating that he wanted to draw them back to their ancestral faith. His chief promoter, anti-missionary activist Daniel Asor, now admits that he agrees with those who accused Ayi of being a fraud.

“Today our paths separated,” he told the Israeli chareidi press. “At the time he came to me, he claimed that he was a Christian but belonged to the Lost Tribes. I brought him to the gedolei Yisroel and said that they would decide whether to convert him. They gave me their blessing to convert him… But after a while I noticed that he was sending text messages on Shabbos and I saw that he was involved in certain Christian or magic rituals. This doesn’t go with Judaism.”

Ayi attempted to bring undesirable Muslims and Christians to Israel, claiming, “This is what Hashem told me.” More recently, he revealed plans to coronate himself and other people as kings. Asor concluded that Ayi was a charlatan with messianic pretensions who even deceived two of Asor’s secretaries.

“It was impossible to work with him when he claimed he was the messianic king,” Asor said. “Suddenly, in the past month, I heard a female secretary saying, ‘Hashem said to the king.’ My two secretaries, chareidi sisters, believe wholeheartedly that he is the moshiach. Now, I only hope that we can stop this and emend what we have done.”