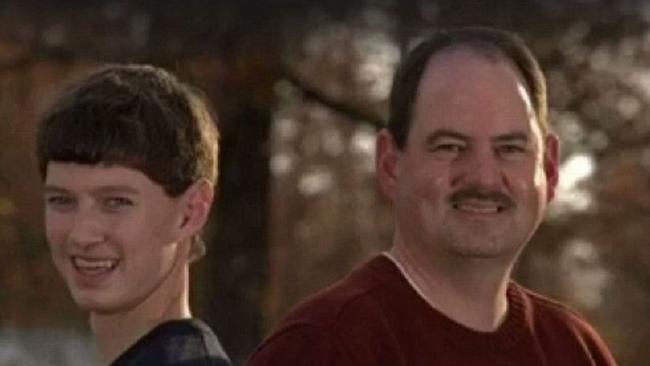 Jeffrey Brasher and his son Austin were described as “very close.”

They loved playing golf together, working on each other’s swings. Jeffrey’s sister Pamela Brasher Dennis told AL.com of her brother, “He loved being a husband and father . . . the kind of guy who, if you needed something, you’d go to him because he would help. He wanted to make you smile, and his kids were his number one priority.”

Jeffrey and Austin may have been close, but on Saturday morning they were on very different journeys.

Jeffrey, 50, pulled himself out of bed to get a head-start on the day long before the sun rose. As a bread distributor for 20 years – “Everybody knew him as the bread man,” Dennis said. – early mornings were expected.

So he climbed into his 2006 Ford pickup and set out in the pre-dawn of Bankston, Alabama, about 70 miles west of Birmingham. He was en route to Flower’s Bakery in rural Winfield to pick up the day’s fresh delivery.

After driving for about a half-hour, Jeffrey pulled onto County Highway 49 – a curving two-lane road lined by walls of pine trees. The state’s rolling hills were shrouded in darkness.

He wasn’t wearing a seat-belt.

Meanwhile, his 22-year-old son Austin was heading home after a long night partying with friends, his cousin Monica Marie Aker told People, calling him “the life of the party.”

“In high school, he was quiet, but everyone knew who he was,” Aker said. “He was the little guy driving the big truck. He was very well-liked and could really get along with anybody.”

Sitting in the cab of his 2004 Chevy pickup, the little guy in a big truck had reached the stretch of County Highway 49 near Winfield himself. The winding road, which at that hour is lit only by headlamps and moonlight, was almost invisible.

Like his father, Austin wasn’t wearing a seat belt.

At 4:10, the two collided head-on, AL.com reported. Jeffrey was pronounced dead on the scene, while Austin was rushed to UAB Hospital in Birmingham, where he clung to life until 9:18 a.m. Police said alcohol might have been involved but did not elaborate.

“You really just cannot imagine it,” Dennis told People. “There are no words that can be said. Everybody’s life changed on Saturday morning. No one’s life will be the same after this.”

Aker said she can’t imagine how Austin would have dealt with the guilt if he had lived.

“My worst fear was that Austin would make it through and then kill himself because he wouldn’t have been able to deal with killing his father,” she told People. “It would have destroyed him.”

Dennis said she hopes others take this a reminder that no day is guaranteed.

“We need to hold on tight to our faith,” Dennis said. “We love Austin and Jeff and our family will never be the same. We want everyone to hug and spend time with their families. Love your family every day. Don’t let anything go unsaid. You never know what tomorrow will bring.”