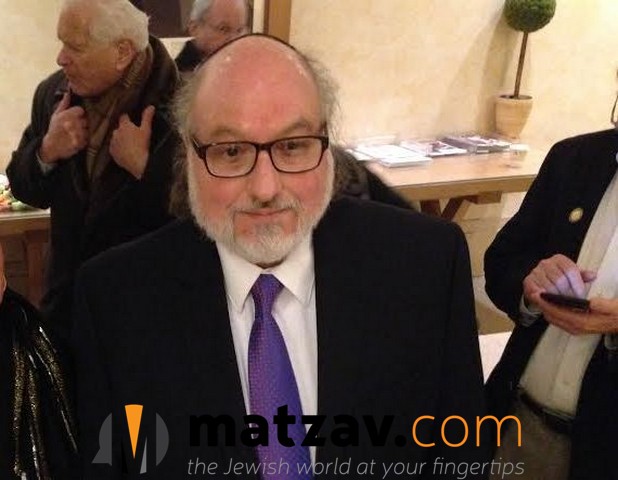 Pollard’s attorney stated, “The U.S. Parole Commission has issued a certificate terminating parole and lifting all parole restrictions on our pro bono client Jonathan J. Pollard. Specifically, Mr. Pollard is no longer subject to a curfew, is no longer prohibited from working for a company that does not have U.S. government monitoring software on its computer systems, is no longer required to wear a wrist monitor that tracks his whereabouts, and is free to travel anywhere, including Israel, for temporary or permanent residence, as he wishes.”

His lawyer added, “We are grateful and delighted that our client is finally free of any restrictions, and is now a free man in all respects,” the statement said. “We look forward to seeing our client in Israel.”

Pollard is a former intelligence analyst for the United States government. In 1987, as part of a plea agreement, Pollard pleaded guilty to spying for and providing top-secret classified information to Israel. He was sentenced to life in prison for violations of the Espionage Act.

Pollard is the only American who has received a life sentence for passing classified information to an ally of the U.S. In defense of his actions, Pollard declared that he committed espionage only because “the American intelligence establishment collectively endangered Israel’s security by withholding crucial information”.

Israeli officials, U.S.-Israeli activist groups, and some U.S. politicians who saw his punishment as unfair lobbied continually for reduction or commutation of his sentence. The Israeli government acknowledged a portion of its role in Pollard’s espionage in 1987, and issued a formal apology to the U.S., but did not admit to paying him until 1998. Over the course of his imprisonment, Israel made repeated unsuccessful attempts through both official and unofficial channels to secure his release. He was granted Israeli citizenship in 1995.

Opposing any form of clemency were many active and retired U.S. officials, including Donald Rumsfeld, Dick Cheney, former CIA director George Tenet; several former U.S. Secretaries of Defense; a bi-partisan group of U.S. congressional leaders; and members of the U.S. intelligence community.They maintained that the damage to U.S. national security due to Pollard’s espionage was far more severe, wide-ranging, and enduring than publicly acknowledged. Though Pollard argued that he only supplied Israel with information critical to its security, opponents pointed out that he had no way of knowing what the Israelis had received through legitimate exchanges, and that much of the data he compromised had nothing to do with Israeli security. Pollard revealed aspects of the U.S. intelligence gathering process, its “sources and methods”. He sold numerous closely guarded state secrets, including the National Security Agency’s ten-volume manual on how the U.S. gathers its signal intelligence, and disclosed the names of thousands of people who had cooperated with U.S. intelligence agencies. While Bibi Netanyahu argued that Pollard worked exclusively for Israel, Pollard admitted shopping his services—successfully, in some cases—to other countries.

Some of the accusations against Pollard can be traced to a CIA mole named Aldrich Ames, who allegedly caused a shift to “blame Mr. Pollard for exposing the American agents to clear himself of suspicion.” The same source “said that Mr. Pollard never exposed American agents in the Soviet Union or elsewhere.”

Pollard was released today in accordance with federal guidelines in place at the time of his sentencing.