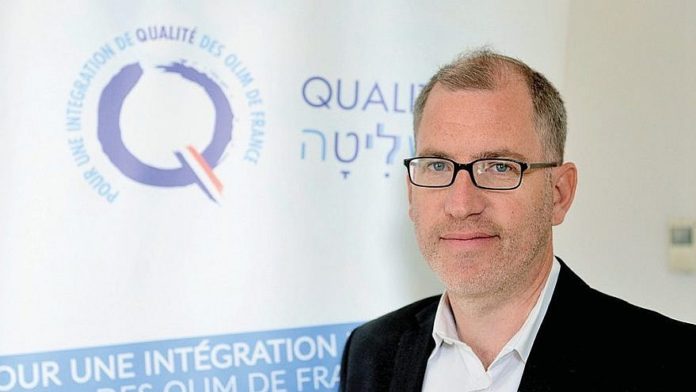 Data published Tuesday by Israel’s Central Bureau of Statistics pointing to a continued decrease in the number of French Jews immigrating to the Jewish State come as no surprise to officials involved in efforts to help new immigrants integrate into Israeli life.

Kendall went on to say that “the situation in France, a country that currently suffers from numerous anti-Semitic incidents and increasing instances of violence against Jews, provides an opportunity to prompt many Jews from France to make aliyah, and Israel is missing that opportunity because it isn’t prepared to take in immigrants from France and hasn’t laid out any strategic plan that will allow it to absorb and settle tens of thousands of immigrants in an appropriate, effective manner.”

Kendall warned that if Israel does not create absorption solutions that address employment, education and housing for French Jews, as it does for immigrants from other countries, the Jews of France “won’t come to Israel, and that’s a shame.”

Qualita recently conducted a survey among some 800 new immigrants from France. The results showed that the new immigrants faced a number of difficulties upon arriving in Israel, the main one being finding work. According to the study, 40 percent of French immigrants are unemployed.

The problem of unemployment affects not only the new immigrants themselves, but also deters other French Jews from making the move, fearing that they, too, will be unable to find work. According to Qualita, the French immigrant population includes hundreds of registered nurses who are unable to work in Israel because the country does not recognize their qualifications, even though the Israeli health care system lacks trained nurses.

Other professionals who qualified in France, including psychologists and engineers, arrive in Israel to find that their training, too, is not recognized by the Israeli regulatory bodies and they are therefore unable to work in their professions.

Some French immigrants take any available work to support themselves, such as telemarketing. Others choose to keep their jobs in France to support their lives in Israel, meaning constant travel back and forth, which has been termed “Boeing aliyah.” Still others despair and wind up returning to France.

The Qualita survey showed that 10 percent of French immigrants return to France within three years of immigrating to Israel.

In addition, the survey indicated that Israel’s Immigration and Absorption Ministry does very little to help French arrivals. Only a quarter of respondents said that the ministry was doing well in helping French immigrants integrate, and only 27 percent said they took advantage of services offered by the ministry beyond the initial benefits extended to all immigrants and an introductory Hebrew course.

The survey also appears to bust the myth that French immigrants are “snatching up” property. Some 60 percent of respondents said they did not own the homes in which they lived, and half the French immigrants who rent pay NIS 4,000 NIS 6,000 ($1,100-$1,700) a month.

The French immigrants are urging the relevant authorities to put together a plan to help Jews from France, and as Israel heads into its second general election of 2019 are calling on politicians to right the wrong and create a special plan tailored to the needs of French Jewish immigrants.