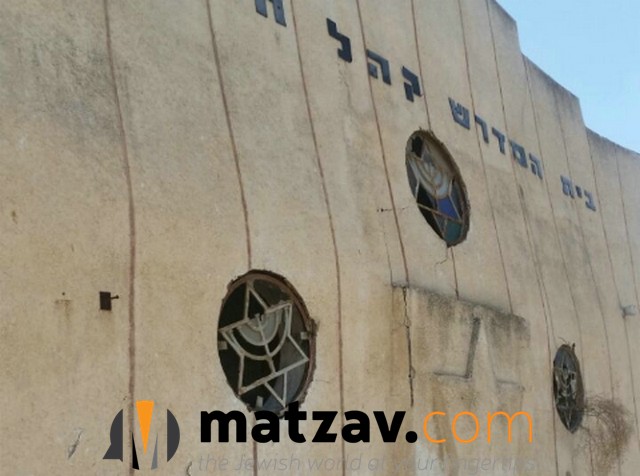 Many newly arrived French Jews settling in Tel Aviv have helped to revitalize many of the city’s empty and closed down shuls.

Rav Arie Levin of the Tel Aviv Rabbinate told a reporter that much of the legwork since the beginning of the 2000s was done by young French Jew Eli Benacom, 44. Rav Levin called him, “A tzaddik who has redeemed many shuls in the city that were on the verge of closure.”

“It’s the resurrection of the dead,” he added.

One of Benacom’s first projects was to start minyanim in the Yechezkel Shul near the beachfront, which is surrounded by an area some call the French Ghetto of Tel Aviv. During summer nowadays, 150 to 300 people come there for Shacharis, many of whom are less religious Jews popping in after a visit to the beach.

“French Jews are very accustomed to a community life and that is unfortunately not the case in cities in Israel,” Benacom noted. “It is especially lacking in Tel Aviv. I saw that for community life to exist, it was necessary to have a place and a captain, and the captain in a shul is the rabbi.”

Last July, after restoration costing $300,000, he reopened the Tzion Shul on Kalisher Street which once housed an Iraqi kehillah. Closed for fifteen years, it is now visited by dozens of French speaking Jews on Shabbos and hundreds on yomim tovim.

Benacom claimed that there are ten such shuls in Tel Aviv out of the city’s 510 shuls.

Dr. Yitzhak Dahan from Bar-Ilan University in Ramat Gan, an expert in French immigration, said that overall, eighty to ninety percent of the recent French immigrants to Israel are chareidim, religious or traditionalist.

Head of Tel Aviv’s religious council Eldad Mizrahi told Haaretz that disused shuls in the city began reopening slightly before the big influx of Jews from France in the early 2000s, “But there is no doubt that the French arrivals intensified the process.” He noted that all shuls listed as closed were reopened in the past two or three years and that the need for kosher food increased in local restaurants.

“Restaurants I never imagined would want a kashrus certificate realized that for the French public, the word ‘kosher’ is important, even if they don’t look religious or uphold all the mitzvos,” he said.