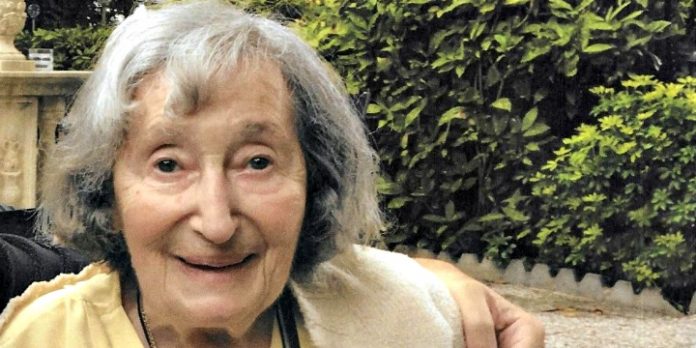 French judges on Monday ordered the two men accused of robbing and killing a Holocaust survivor at her Paris home in 2018 to stand trial on a charge of murder aggravated by antisemitism.

Yacine Mihoub, 30, and his associate Alex Carrimbacus, 25, are alleged to have brutally murdered 85-year-old Mireille Knoll — a survivor of the mass deportation of the Jews of Paris in July 1942 — in her apartment on the Avenue Philippe-Auguste on March 23, 2018.

The pair were understood to have targeted Knoll after Mihoub, a neighbor of Knoll’s since the age of eight, told Carrimbacus that she would have plenty of money as she was Jewish.

Firefighters who arrived at Knoll’s building later that night to answer an emergency call discovered her partially-burned body with 11 stab wounds.

French media outlets reported that Mihoub and Carrimbacus — who met each other in prison — possessed lengthy criminal records for offenses that included theft, possession of narcotics and violence. Mihoub additionally had a conviction for sexual assault.

A police investigation following Knoll’s death established that Mihoub was attracted to Islamist ideas and slogans, and was already known to the authorities for having praised the Kouachi brothers, who carried out the deadly terrorist attack against the satirical magazine Charlie Hebdo in January 2015.

According to Le Figaro, Mihoub was also “compulsively addicted to antisemitic websites and a staunch defender of Hamas.”

The news that antisemitism would figure as an aggravating factor in the two men’s upcoming trial was welcomed by Knoll’s family.

“As far as my mother’s murder is concerned, there is no doubt that it was an act of antisemitic hatred,” Alain Knoll, her son, told Israeli broadcaster i24‘s French-language service on Monday.

Knoll said he was “relieved” by the judges’ decision, having feared that they might have “taken a different direction” because of the prevailing political climate in France.

“When we see what is happening in France, that politicians and judges are very often reluctant to recognize the antisemitic nature of [such] acts, we are afraid,” he remarked.

Uppermost in mind was the very different judicial outcome in the case of Sarah Halimi — a 65-year-old Jewish widow murdered in her Paris apartment in April 2017, 11 months before Knoll’s killing, by an intruder who yelled Islamist slogans as he repeatedly beat her before ejecting her from a third-floor window.

To the fury of the French Jewish community, a ruling by the Paris Court of Appeal last December excused Halimi’s alleged murderer, Kobili Traore, from a criminal trial, on the grounds that his intake of cannabis had supposedly wiped out his mental awareness and his judgement.

Gilles-William Goldnadel, a lawyer who has represented both the Knoll and Halimi families, said that he too had feared a repeat of the Halimi decision.

“Without a doubt, the Sarah Halimi case served as a model,” Goldnadel told Le Figaro. With Mireille Knoll, he said, “we were faced with a heinous crime committed against an old lady and, since she was Jewish, it was even better for her murderers.”

While Goldnadel declared himself pleased that Mihoub and Carrimbacus would now go on trial, he regretted the judges’ decision to show leniency to Mihoub’s mother, who had been accused of concealing the evidence of Knoll’s murder.

Mihoub’s mother had “removed evidence, in this case the murder weapons, from the knives which she cleaned, and she also broke her judicial obligations by conversing with her son during his preventive detention in order to agree on the version of the facts,” Goldnadel explained.