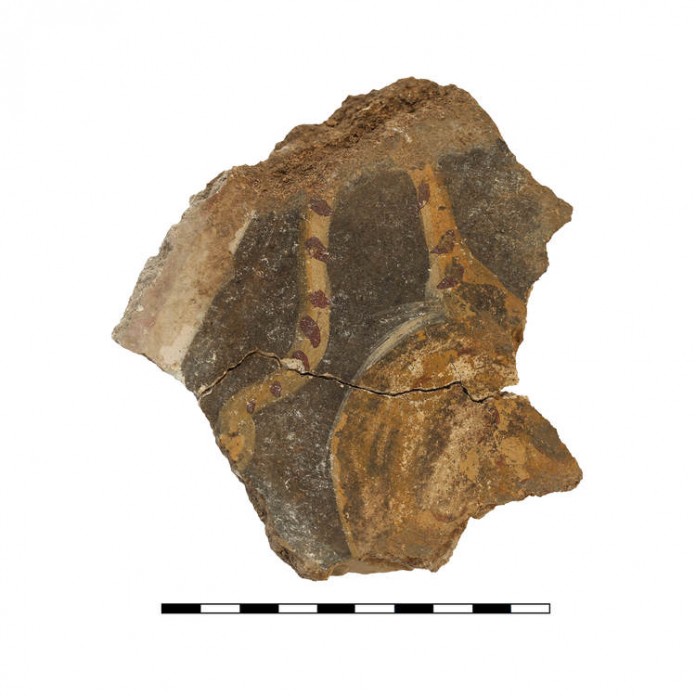 Hundreds of fresco fragments from the Roman period were discovered this summer in the Zippori National Park in Israel’s Galilee region by a team from the Hebrew University of Yerushalayim.

The Roman art fragments found at the excavation site, which was led by Prof. Zeev Weiss, the Eleazar L. Sukenik Professor of Archaeology at the Hebrew University’s Institute of Archaeology, included figurative images, floral patterns and geometric motifs which decorated a huge building in the early second century CE.

Excavators have already uncovered walls of public and private buildings from the Roman Zippori site that were decorated with frescoes in geometric and floral patterns. However, “this season’s finds are the first, only and earliest evidence of figurative images in wall paintings at the site. The finds date to the beginning of the second century CE. Parallels to these finds are virtually unknown at other Israeli sites of the same period,” a press release the Hebrew University of Jerusalem said.

“The discovery in Zippori is unique and provides new information regarding murals in Roman Palestine. Zippori is well known for its unique mosaics . . . While the earliest mosaics discovered at the site date to around 200 CE, the ancient frescoes precede them by about a hundred years and are thus of great importance.”