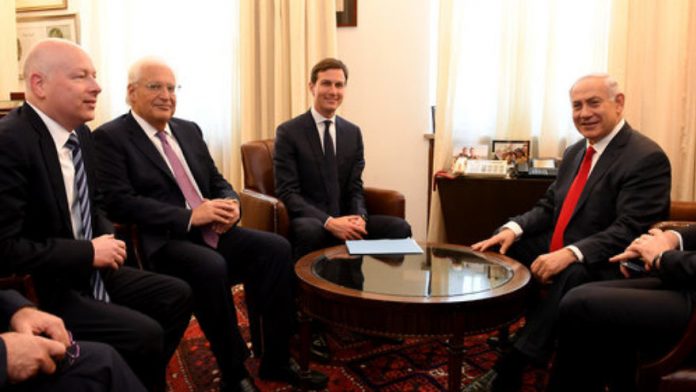 The US administration’s much-anticipated peace plan will not call for the uprooting of even a single settler, US Ambassador to Israel David Friedman said Wednesday, drawing sharp criticism from Ramallah.

“Having seen the experience of the evacuation of Gaza [in the summer of 2005], I don’t believe that there is a realistic plan that can be implemented that would require anyone — Jew or Arab — to be forced to leave their home,” Friedman told the pro-settler Israel National News website.

“We think that’s just a recipe for disaster. It almost caused a civil war on much less aggressive circumstances in Gaza, compared to Judea and Samaria,” he said, referring to Israel’s 2005 disengagement from Gaza, in which some 8,000 settlers were moved in a several-day operation. “And so we are not of the view that any forced evacuations are achievable,” he said.