“From the age of 12,” Rabbi Aaron Rakeffet-Rothkoff told The Jewish Press in a recent interview, “I had one dream: to be a tzaddik, a gaon, and a melamed. I never became a tzaddik, I never became a gaon, but I did become a melamed, nodeh l’Hakadosh Baruch Hu.” In his youth, Rabbi Rakeffet-Rothkoff studied for several years under Yeshiva University Rosh Yeshiva Rav Joseph B. Soloveitchik and would later write the two-volume The Rav: The World of Rabbi Joseph B. Soloveitchik. He also authored The Silver Era: Rabbi Eliezer Silver and His Generation, Bernard Revel: Builder of American Jewish Orthodoxy, and two volumes of Rakafot Aharon. Within a year he hopes to publish his memoirs, the product of ten years of writing.

Rabbi Rakeffet-Rothkoff delivers halacha and hashkafa shiurim twice a week at Yeshiva University’s Gruss Kollel in Jerusalem, many of which can be accessed at YUTorah.org.

The Jewish Press: What’s your background?

Rabbi Rakeffet-Rothkoff: I was born in the Bronx. A few blocks south of my house was the area of the shuls. No shul spoke to another one, but when Roosevelt came by in ’44 during his presidential campaign, all the shuls got together, built an eruv and took out a sefer Torah for that menuval to kiss. I remember it like yesterday. That was the one time all the shuls got along.

I had one grandfather who lived with us who knew nothing else outside of reading Hebrew and how to daven. He came to America at the age of 14 or 15, but he was never mechallel Shabbos. My other grandfather learned in Volozhin, but by the time I knew him, there was nothing left of Shabbos.

I’m the eldest of three boys and went to public school for a year. The teacher had a lot of trouble with me because I learned too quickly. She told my mother, “Your son is too bright . Send him to a parochial school where he’ll have a double curriculum.”

And since it was a miracle that Yeshiva Salanter – the only yeshiva in the Bronx – was five little blocks away from my house, I went there starting in second grade and the rest is history .

In high school already, I went to Lakewood. I went to Rav Aharon Kotler. I loved Lakewood. I wanted to learn and nothing else mattered, but my mother [wanted me to go to] college, so they put heat on me and made a deal: I’ll give Yeshiva College a trial for a year, and that’s what happened.

At Yeshiva College you studied under Rav Soloveitchik. How many years were you in his shiur?

Four years, but I remained very close to him afterwards .

In rebbe I found my lodestar, my guide. What was so beautiful about the Rav was that you lived in Torah and you were part of the big world, and there was no contradiction. That’s ultimately what I was looking for, and with rebbe I found it.

The Rav was a PhD from Berlin. In the shiur it was just like Lakewood; there was basically nothing external. But when you got to know him on a more private level, you could talk to him about Freud, about Karl Marx, about Machiavelli . The man was so broad and on everything he had beautiful, beautiful insight.

And he was down to earth. When I told the Rav I was going on aliyah, he asked me, “How will you make a living?” That was the Rav. There was no shtick about him. He was just so human.

You have an interesting story about Rav Soloveitchik concerning Thanksgiving. Can you share it?

The Rav used to come in from Boston Tuesday morning, said shiur at 1:00 in the afternoon, and then again at 10:00 Wednesday morning. One year he couldn’t come in Tuesday because of a wedding in Boston, so he came in Wednesday. After he finished shiur on Wednesday, he looked at his watch and said, “Tomorrow, we’ll say the shiur at 9:00, will you be here?” I said, “Rebbe, we’ll be there, but why so early?”

So the Rav looked at me: “Arnold, don’t you understand? Tomorrow’s Thanksgiving. We have Thanksgiving dinner with my sister, and I promised my wife we’ll be there at 2:00. So I have to catch the 12:00 plane.”

I had never celebrated Thanksgiving. I was a kana’i like most kids. When I came home and told my mother the story, she was in ecstasy. She said to me, “Why can’t you be modern like Rav Soloveitchik?”

In an article you wrote several years ago, you mention that you took a chemistry class in Yeshiva University with Professor Shmuel Soloveitchik. Many people know about Rav Joseph B. Soloveitchik and Rav Ahron Soloveichik. Very few know anything about this third brother. Can you talk about him?

He had a brilliant mind, and he was such a decent human being, but when [his father] Reb Moshe would teach his children and get mad at them, the Rav said he didn’t understand and Reb Shmuel, to avoid his father’s anger, would say he understood.

Obviously he knew how to learn, but he wasn’t on the level of the Rav or Reb Ahron.

He was in chemistry and had patents. He was married to a brilliant woman, Batsheva Ziv, who came from a chashuva rabbinic family. She’s related to the rosh yeshiva of Ponovitch. She was the most famous teacher in Bais Yaakov in Washington Heights.

They couldn’t have children and that clouded his life. His last years were very sad. He died in 1967. At the time, the Rav’s wife was critically ill, and the Rav shaved and wore regular shoes when he went to the hospital to visit her because he didn’t want her to know that Reb Shmuel died. It was terrible. At the funeral Reb Ahron Soloveichik just lost himself. He broke down and had to be led away.

His wife went on to marry, a year later, Reb Yehoshua Hutner, who was Reb Yitzchok Hutner’s first cousin. They had a fabulous second marriage and I had the zechut that they lived one floor under me in the building in which I reside in Israel. They were our closest friends. He died last year. She died about ten years ago.

Incidentally, she was also related to Reb Aharon Kotler and was very friendly with Sarah Kotler, Reb Ahraon Kotler’s daughter. So whenever Sarah came to Israel, we would come down and talk. She was always frum. These rumors that she wasn’t aren’t true. She was always a shomeret Shabbat , She was a Brooklyn College graduate, a lawyer, and an assemblywoman.

In an interview with YU’s student newspaper, The Commentator, you said, “To me it’s a compliment that I don’t need [a black hat] to be frum.” What did you mean by that?

Today we all wear uniforms. What is the concept of wearing a uniform? What is chassidus all about? It’s beautiful. You have a social order, you build a wall around yourself . It’s a way of protecting yourself from outside influence. My generation didn’t need it. When we made a commitment, we made a commitment. That’s what I meant.

But if a black hat will keep you frum in America, you should wear two black hats, not just one. To me, being a Torah Jew is the most important thing in the world .

But when all is said and done, the chassidim conquered America. The Litvakim lost. In the Litvishe yeshivas no one dressed the same. When I learned in Lakewood, the only one who wore a black hat was Reb Aharon Kotler.

Even the old mashgiach, Reb Nosson Wachtfogel, wouldn’t dare wear a black hat. No one wore black pants and white shirts. It was unheard of. Everyone dressed different and stylish. In YU, not so much. Lakewood was more stylish because it’s part of Slabodka mussar [to dress in a dignified manner].

So you see the different mode of dress as a sign that chassidim have “conquered America”?

More than that. We think like them. There’s da’as Torah. Bachurim worship the ground their rosh yeshiva walks on. That didn’t exist when I grew up. When I grew up the roshei yeshiva were mortals. There was no da’as Torah. You could argue with them. But who ever argued with a chassidic rebbe? 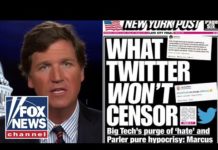 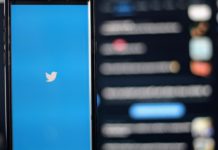