I am fascinated by a poll being conducted by Matzav.com at the left-hand side of this page. According to the results, of three major crises affecting our communities, tuition/general finances of a frum home is a bigger crisis than kids-at-risk and shidduchim.

Perhaps this may not come as a surprise to some readers, but I believe that the poll brings attention to a point that has been discussed before but has not been properly dealt with: Most frum people are simply not making it financially. Oh sure, there are many in other communities and of other religious persuasions who are struggling too – after all, the entire world is in one big recession – but frum Jewish families are simply choking monetarily.

We sometimes get blinded by the number of Yidden who have, boruch Hashem, been successful financially. These Jews are the ones who are supporting our mosdos and a large number of them are giving away so much of their hard-earned money to help fellow Yidden, to sustain yeshivos, to help the poor and to alleviate the financial burden of countless worthy organizations. I stand in awe of these special souls who give away their own money to others. They recognize that it is all from Hashem and so generously part with their earnings for the greater good.

But while these Yidden have done well, they are a drop in the proverbial bucket. The majority of frum Yidden – whether they are learning in kollel or working full time; it doesn’t make a difference – are absolutely not close to making it financially. They are overloaded with expenses, ranging from mortgage/rental payments, tuition bills, food costs and myriad other expenses. Many of these expenses are exclusive to the frum Jewish home. And most of these expenses cannot be considered luxuries by any stretch of the imagination.

We, frum Yidden, live lives that I call “a financial impossibility.”

There is almost no way for the average, good, frum, hardworking Jew to survive financially. I know of someone who works some 16 hours a day, at three jobs, and manages to make almost $100,000 a year. With seven children, ka”h – and one of them engaged, boruch Hashem – this person told me that he is so short on money that it isn’t even funny. He barely survived until now, and with wedding expenses and countless other financial obligations, he is dying a slow death financially. The stress it has caused is a separate issue. The havoc wreaked on his shalom bayis is a third.

This person is just one of thousands of frum people who are working as hard as they can, are pulling in what in the outside world might be considered a decent salary, but are simply not making nearly enough to cover the expenses of a frum family. They are working themselves to the bone, only to be stressed beyond comprehension and not even have enough to live a normal life.

In the world we live in, and the financial realities we face, many, if not most, families, rely on the supplemental (or primary) income of the wife in order to survive. That’s another issue. Some people have enjoyed blaming this on kollel. What a fallacy. Look around. Wives are working regardless of what their husbands do. Why? Because we, frum people, need a substantial amount of money to live. With the mind-boggling expenses incurred by the average frum family – rental/mortgage payments, tuition, food for large families, clothes, wedding and simcha expenses, parental support to children, etc. – it is common that even two incomes fall far short of covering one’s expenses.

The Matzav.com poll was enlightening to me mainly because, in truth, we can’t compare crises. We can’t say that any one of these three is truly more serious than the next, because they are all so very important. The difference, I believe, is that we can actually make headway with regard to kids-at-risk and shidduchim. There are possible answers and, with effort, we can turn the tide. Regarding the financial crisis for the average frum family, I do not believe that there is an answer. I don’t see how a frum family is expected to survive on the salaries earned. And this crisis applies across the board, in all communities, amongst all types. Our expenses are astronomical and our salaries are simply not commensurate to our financial responsibilities.

As I stated before, we, frum Yidden, live lives that I call “a financial impossibility.” 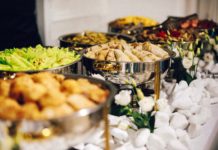 Listen: The Daily Tefila4Life Shiur On Matzav.com: How Important Is Clarity?

Leave a Reply to to #37 Cancel reply