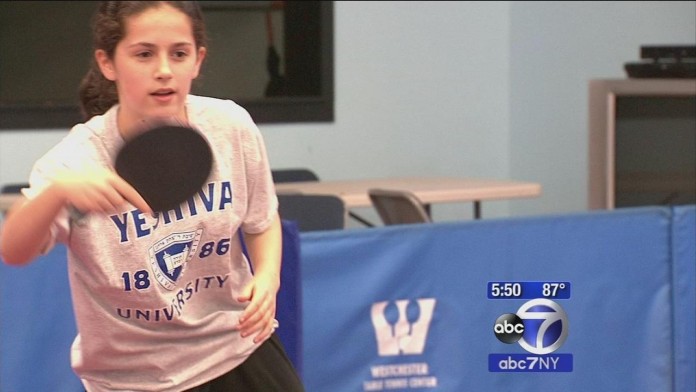 A frum teenage girl from West Hempstead is hoping to take her ping pong talents to the Olympics in Brazil this year, CBS NEW YORK reports.

Estee Ackerman, a 14-year-old frum girl, is currently ranked eighth in the U.S. She will be traveling to Greensboro, North Carolina, to compete for a spot on the U.S. Olympic ping pong team. Estee will be among 15 women vying for three spots, CBS NEW YORK reports.

“To make the Olympics would be a dream come true,” she told CBS2’s Scott Rapoport.

The ping pong prodigy has been practicing up to four hours a day, five days a week with her brother and father.

EStee puts Yiddishkeit first. She was once disqualified from the U.S. National Tournament after choosing not to play in a match because it was on Shabbos. Read more at CBS NEW YORK.