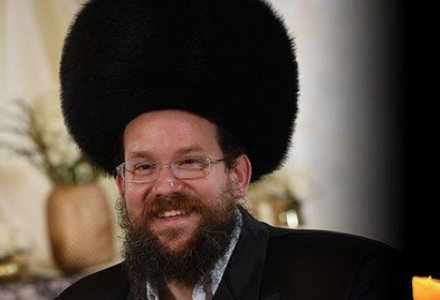 Reb Chanoch was enveloped in flames. He was admitted to the ICU with third-degree burns on his face, hands, feet and parts of his body.

Tragically, early in the morning of Erev Shabbos Parshas Shmini, 23 Nissan 5780, Reb Chanoch returned his pure neshamah to his Maker. 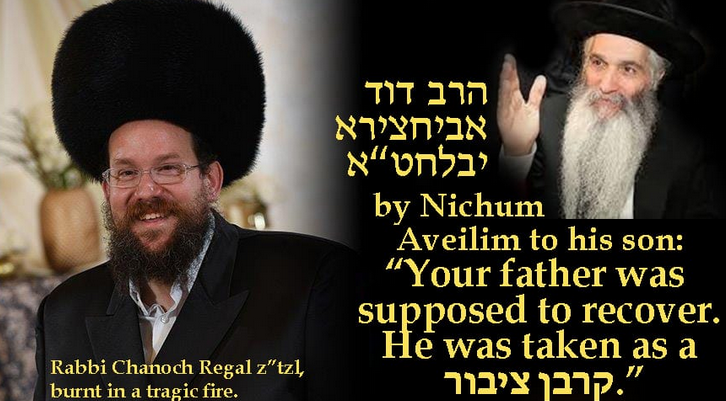 Reb Chanoch was truly a unique individual, a yarei Shamayim and a tremendous talmid chacham. He was very involved in klal work, though he insisted on remaining behind the scenes. Countless families were saved by his clandestine tzedakah activities. He also counselled individuals with wisdom and sensitivity, saving many a marriage.

Reb Chanoch was blessed with an incisive mind and a keen gift for writing, which he used to pen world-famous biographies of tzaddikim. His works include the history of the Abichazira dynasty, biographies of the OhrHachaim Hakadosh and the Belzer and Nodvarna Rebbes, zy”a. He was also the producer of Rabbi Aharon Margalit’s enormously popular books, As Long As I Live and The Impact of As Long as I Live.

Reb Chanoch forged a very close relationship with many tzaddikim. Rabbi David actually sat shiva for two days to mourn Reb Chanoch’s passing! RebChanoch’s son: “Your father was supposed to recover, but he was taken as a korbon tzibbur. He is now in a place in Gan Eden that is loftier that I can attain.”

When Reb Chanoch’s wife, Mrs. Chayelle Regal (Chaya Reizel bas Soreh Rivka AlteGittel), saw her husband enveloped in flames, she did her best to save his life, grabbing a hose and spraying water on him. As a result of her heroic attempt, she, too, was badly burned, sustaining second and third-degree burns. Mrs. Chayelle Regal is a very beloved figure in Eretz Yisrael, famous for the highly-professional and extremely popular English-language plays she produces under the name Regal Productions. The proceeds of the play go mainly to support Zir Chemed, a charity organization that assists couples with fertility challenges. Over the past seventeen years, these shows have been performed to packed audiences in Jerusalem, London and America. (Chances are you or a member of your family has enjoyed one of Chayelle’s spectacular shows, either live or on video.) helping Zir Chemed bring hope to countless couples and the joy of new life into the world Less well known are the private acts of giving she is constantly involved in, assisting families in making simchas, running tzedaka events, advising fundraising campaigns, finding people parnassah and more.

Their three young children have been sitting shiva for their father alone at home while their mother is hospitalized far from them, fighting to heal from her burns.There’s a long road ahead – full of recovery, medical treatments, bills, and healing.

With Reb Chanoch’s premature passing, the family has lost its main breadwinner and is saddled with debt that needs to be paid off. The Regals are enduring unfathomable suffering; the least we can do is ease their financial burden so they can focus on recuperating and putting their lives back together.