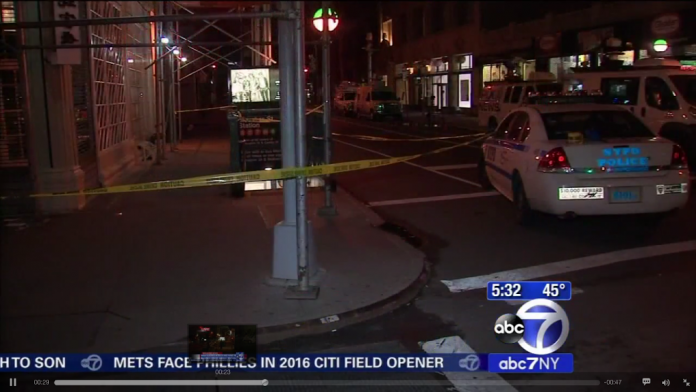 Avraham Fekete, who is from Yerushalayim, was slashed in the neck and hand multiple times as he was sleeping on a bench of the platform. The victim, who doesn’t speak English well, told detectives that he got lost and sat on the bench to look over the map but fell asleep. He was woken up by the suspect who stabbed him and demanded money.

Fekete was rushed to Bellevue Hospital, where he was listed in stable condition. In the meantime, investigators are at the train station reviewing cameras. An interpreter helped police communicate with Fekete in the hospital to get a better understanding of what happened.

The suspect is described as a black man wearing an orange sweatshirt. A bloody handle from a knife believed to be used in the attack was recovered. JP UPDATES