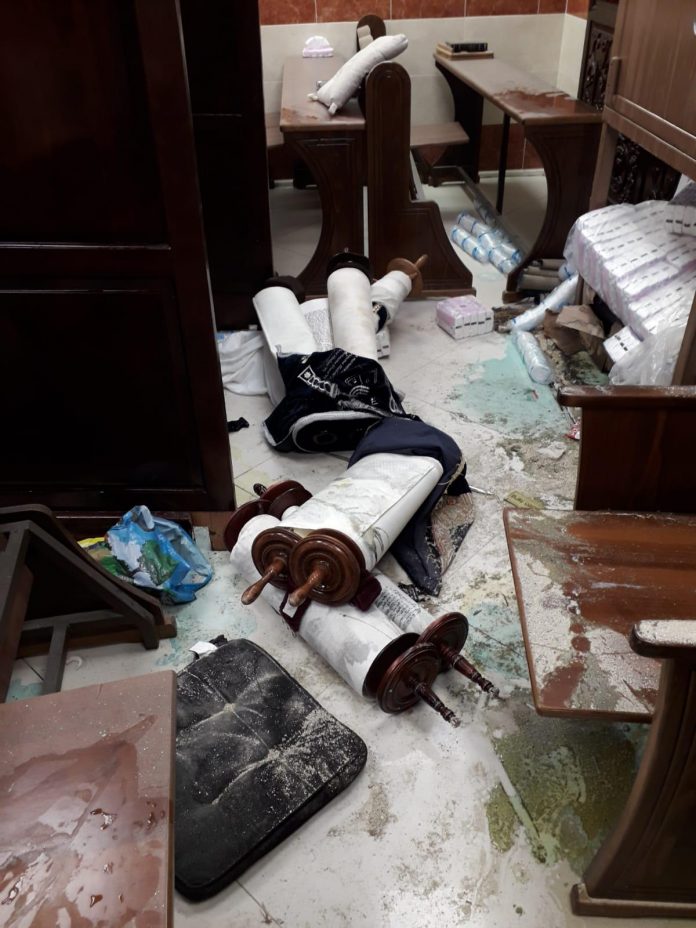 >>Follow Matzav On Whatsapp!<<
Vandals broke into the Siach Yisrael synagogue in the Kiryat Yovel neighborhood of Yerushalayim Monday night, and cut open the secured Aro Kodesh where Sifrei Torah were kept, throwing them to the floor and pouring acid on them as well as vandalizing siddurim and furniture.
The results was a sickening scene that are reminiscent of what Nazi storm troopers caused in Germany in 1938, but perhaps more shocking is that it happened in Jerusalem in 2019!
A Fund has been setup to help rebuild the shul. You can Donate
Here:* https://bit.ly/2UowEMk
This pogrom-like incident comes just days after vandals burned Jewish prayer books and graffitied the phrase “Hail Satan” in an attack on a Netanya synagogue.