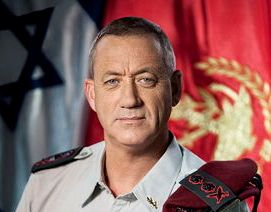 Israel could “normalize” its relations with the restive Gaza Strip if Hamas, the terrorist group running the coastal enclave, was to release its Israeli captives, Defense Minister and Alternative Prime Minister Benny Gantz said Wednesday, as cited by Arutz Sheva.

Hamas is thought to either hold or know the whereabouts of the remains of St.-Sgt. Oron Shaul and Lt. Hadar Goldin, two IDF soldiers slain in the 2014 Operation Protective Edge.

It has also been keeping two Israeli citizens, both special needs individuals who walked into the enclave themselves, as hostages for years.

If the remains were to return to the grieving families and hostages could make their way back into Israel, Gantz said, the Jewish state could help turn Gaza into “a normal place to live.”