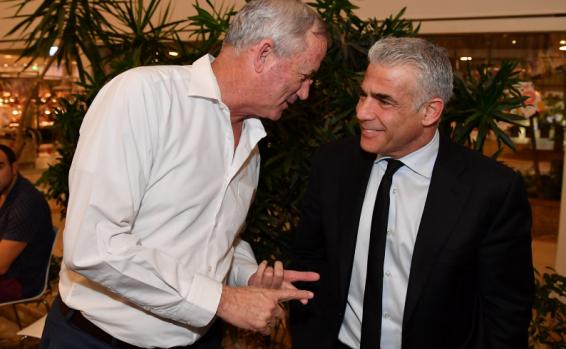 Gantz, formally presenting his party’s slate for the coming elections, announced Tuesday his intention to call Lapid and propose an immediate meeting in order to join forces with Yesh Atid.

“As soon as the conference is over, I will call my friend Lapid, and I will propose to meet with him this evening. I will again propose to him to set all other considerations aside, and together we will put Israel before everything else,” Gantz said in his speech.

Gantz and Lapid indeed ended up talking after the speech, and sources with knowledge of the negotiations were quoted by the Ynet news site as saying the conversation “went well.”