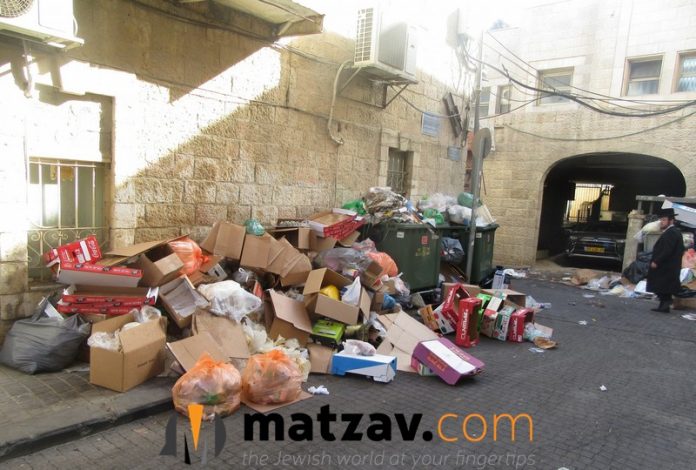 Is the Yerushalayim Municipality asleep at the wheel?

Rechov Ezer Leyoldos in the Geulah neighborhood in Yerushalayim has become a virtual garbage dump, not only during the Yom Tov season, but throughout the entire year, due to the multiplicity of businesses in the area and a number of new buildings built with non-attention to sanitation.

Residents have complained to the municipality for a long time about the health hazard involved. Despite all the pleas, the problem has not been addressed.

Several new buildings built in the area significantly increased the amount of trash being produced, but the number of bins has not increased commensurately, resulting in an overload of garbage. The result is that there are no organized trash and garbage containers, causing a health hazard.

The area has become known by some as “Shaar Ha’ashpa – Dung Gate” due to the amount of trash collecting on the streets.

Old-timers in the area say they cannot remember anything like this ever before.