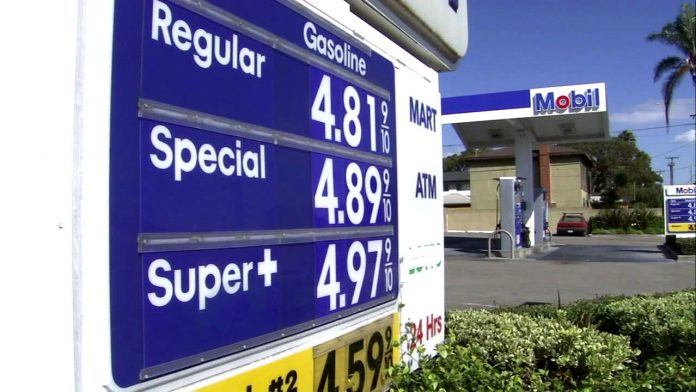 The average price of a gallon of gas is expected to increase by between 10 and 20 cents nationwide by August, according to the American Automobile Association (AAA).

The trade group said Tuesday that the national average price of gas increased from $2.25 to $3.13 between Jan. 1 and July 6, a 40 percent spike. It projected a further increase of between 10 and 20 cents by the end of the summer, which would amount to a national average of $3.25 per gallon.

“Robust gasoline demand and more expensive crude oil prices are pushing gas prices higher,” said Jeanette McGee, a AAA spokesperson. “We had hoped that global crude production increases would bring some relief at the pump this month, but weekend OPEC negotiations fell through with no agreement reached. As a result, crude prices are set to surge to a seven year-high.”

The group added that crude oil prices are likely to surpass $76.40 as soon as the end of Tuesday for the first time since November 2014, which will likely lead to further gas price increases over the weeks ahead.