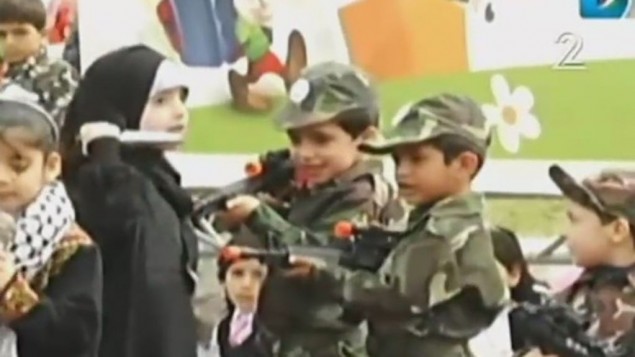 Palestinian children participating in a festival in Gaza this week wore military fatigues and brandished toy knives and machine guns as they performed a play simulating violence against Israelis,Times of Israel reports.

The event was broadcast on Hamas television, according to Israel Channel 2 news.

Ofir Gendelman, the Arab media spokesperson at the Prime Minister’s Office, noted, “When Palestinians send their kids to act in this school play, no wonder their kids commit attacks when they’re older.”