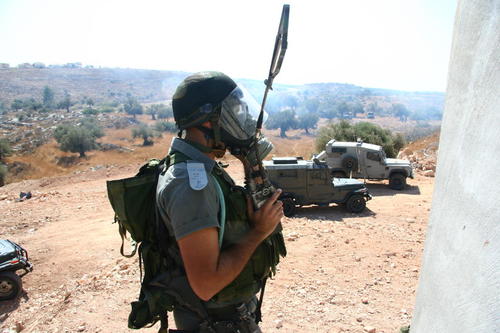 Three Gaza residents were arrested early Sunday morning attempting to illegally enter Israel with a fragmentation grenade and “arson materials,” according to a statement by the Israel Defense Forces.

The suspects were transferred to Israeli authorities for questioning.

The incident comes during a reported lull in violence on the Gaza border, following renewed agreements between Israel and Hamas. Threats along the border were still present on Friday, however, with an estimated 7,000 Gazans taking part in rioting, including burning tires and throwing explosive devices and rocks at soldiers.

On June 29, Israel entered into a ceasefire agreement with terrorist groups in Gaza according to which Israel will provide economic concessions and ease fishing restrictions along the Gaza coast in exchange for a total cessation of arson attacks and other violence from Gaza.

Israeli residents of the Gaza periphery have expressed outrage that Gaza has not upheld its side of the agreement, and accused Prime Minister Benjamin Netanyahu of not doing enough to effectively protect the community from daily arson attacks and persistent danger along the border.

Last week, heads of two Gaza periphery regional councils boycotted a meeting with the prime minister, accusing him of ignoring the needs of residents who they say are under constant threat.